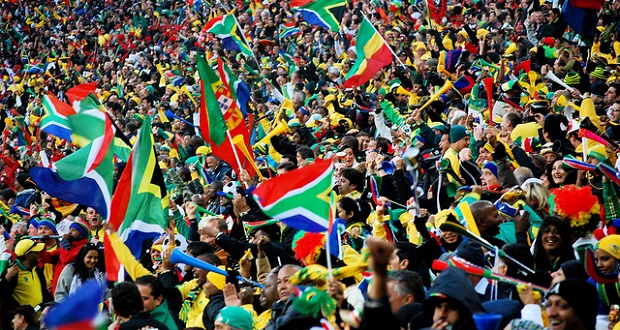 Wayde van Niekerk made the entire country proud by not only winning gold in the 400m sprint at the Olympics in Rio but also smashing a 17-year-old world record. But that’s not why we think his win is one of the most memorable sporting moments of the year. It’s Usain Bolt’s reaction that we’re here for.Â The look of awe on the Jamaican record holder’s face made Waydeâ€™s victory even sweeter and more inspiring. In the craziness of 2016 it was an amazing moment of appreciation from one great athlete to another.

Beating the Aussies is always satisfying but this year the Proteas beat them with a resounding impact in a historic 5-0 whitewash. The five match test series which took place on South African soil saw the hosts put on an impressive performance in all areas of the game, from batting to the field and bowling. What made the win so impressive and historic was the fact that it was the first time South Africa beat the Australians in a five-match series whitewash. The boys really came out and proved the Proteas could be a force to be reckoned with. There was some memorable performances from Rilee Rossouw, Imran Tahir and Kagiso Rabada.

Trivia and Milestone: South Africa was the first team to WhiteWash Australia in a 5Match ODI series. Well played by proteasðŸ‘ðŸ‘ŒðŸ‘ #AUSvsSA ! pic.twitter.com/dz51rgNI5R

Another memorable Olympic moment came fromÂ Luvo Manyonga, whose inspiring journey to winning Olympic silver will be a tale that is going to be told for quite sometime.Â Manyonga battled and beat a meth addiction and went on to win the silver medal in Rio for the long jump.

Manyonga was banned for 18 months in 2012 because of his drug problem. He continued to be plagued by problems, both professionally and personally. His dedication the long jump helped him overcome it and the sight of Manyonga standing on that podium in Rio inspired us all.

Even though the 2016 Paralympic Games did not garner as much attention as the Olympic Games, Team SA’s Paralympic athletes did very well in representing the nation. They brought home seventeen medals, including seven gold. What made the Games all that more special was the reigning world champion, Ilse Hayes winning two silver medals. Despite being unable to defend her long jump title because the race was removed from the schedule, Hayes still went on to win two silver medalsÂ in the 100 and 400 metre races. She was also named Sportswoman with a disability at the 2016 SA Sports Awards.

This list would just not be complete without a special mention of Caster Semenya. Semenya had faced so much unnecessary scrutiny and questioning from the international media and other competitors regarding her eligibility to compete in the Games. Semenya took the gold medal in Rio and is now the current holder of theÂ 800m Olympic and World Championship titles, but what made her victory memorable for her and so many South Africans was the silencing of her critics. She proved she is the best at what she does and cemented her place at the top.

MasandawanaÂ also made history this year by winning their first CAF Champions League trophy, beating Egyptian team, Zamalek who are five time champions of the title. The win secured their place in theÂ FIFA World Club CupÂ that took place in Japan. They were also the first South African team to make it to the FIFA World Club Cup.

The coach of Sundowns, Pitso Mosimane dedicated this wonderful win and the trophy to the fans saying: “[Our supporters] have been waiting for this. Itâ€™s not our trophy â€“ itâ€™s their trophy. Itâ€™s for them to have bragging rights”.

Okay it’s not entirely a South African highlight, but SA swimmer, Chad Le Clos was involved so we’re adding it in. Just before the 200m freestyle race at this year’s Rio Olympics, Le Clos was getting ready for the race by doing some shadow boxing. Phelps, who sat behind him listening to music, seemed to be giving him some dirty looks. The video went viral and Phelpsâ€™s expression became instantly meme-able.

We are loving all the Michael Phelps Death Stare memes! #PhelpsFace #MichaelPhelps pic.twitter.com/KhWdRi9zGM

2016 brought so many inspiring, crazy and intense memorable sporting moments for this year and we can only hope that 2017 brings with it more of the same.