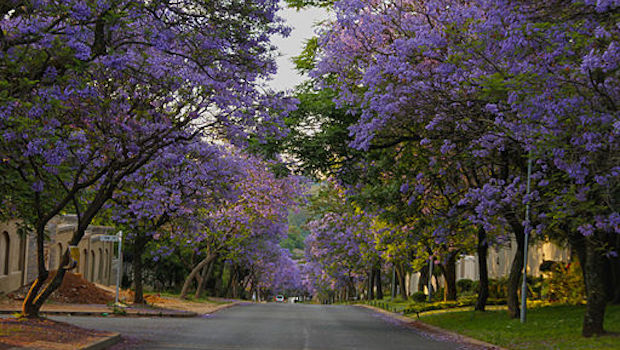 Apartheid paradigms of race and class still cast a shadow over certain segments of the South African, Indian, Muslim community, and the Fees Must Fall protests only served to highlight these, writes AAISHA DADI PATEL. A few weeks ago, I was part of handful of students blocking vehicle entry and exit gates at Wits University, in protest of proposed fee increases for 2016. We didn’t look like much then but our protest would eventually be taken up nationally as #FeesMustFall.

As I stood there, an angry, Indian Muslim guy, whom I recognised as a friend of a friend, stormed through the group, right up to me. â€œWhat the hell are you people doing this for? Are you going to pay for my Uber? Fuck you,â€ he yelled, before making his way off of campus on foot.

I was bemused more than anything else. I certainly wasn’t surprised by the racism, privilege and sheer entitlement displayed by a member of my demographic during these protests.

A fellow member of the Muslim Students’ Association, to which I belong, sent me a frustrated email after the first day of the protest. “I’m almost certain it’s a sin to hold someone captive (against their will), not to mention how fellow Muslims were greatly inconvenienced,” he wrote. “I don’t really see any Islamic principles behind joining this protest.”

This was puzzling to me, when in the same email, he quoted a verse from the Quran which calls for Muslims to advocate justice. Was he saying that we could only seek justice if it was done within parameters which were comfortable – and position that demonstrates a complete lack of understanding of the concept of the protest?

Weâ€™re a curious community. Johannesburg’s South African Indian Muslims, that is. Weâ€™re a small community, and Iâ€™ll say it: many of us are locked in privilege, with our entitled mentalities.

Many of us are relatively well-to-do. Sometimes we come from generational wealth, where our grandparents and those before them laid down the foundations of familial wealth. We are born into the idea that our parents have enough, and will be able to give us whatever we need, or at least make every effort necessary to do so. We’re not short of basics such as food, clothing or basic healthcare; and from the time we are born, we know that after high school weâ€™ll either get a tertiary education or go into the family business. (Although patriarchy still rears its ugly head too; women sometimes get excluded from this norm and can expect marriage by age 20 instead. But I digress.)

My intention here is not to paintÂ an entire community with a single brushstroke. I was very disappointed with a lot of what I saw around me, and it’s worth a discussion.

Superiority mindset
During apartheid, Indians were subjugated by the white regime, but were still considered superior to coloured and black people.

Although the state of things has supposedly changed, this mentality still exists in Indian communities today â€“ even among those from my generation, who were born after apartheid ended.

We aspire to whiteness and seek validation by Western (read: white) standards, while feeling superior to black people. We come from spaces where wilful ignorance is bred and racism is the norm, homes where we grow up hearing our grandparents using racial epithets, saying things like “These useless karyas can’t do anything right”, teaching us generalisations based on their bigoted beliefs.

Then we go into the school system, the first environment where we get exposed to people outside of our families. Depending on where we are schooled, we either stay in spaces populated by people who think like us, and so exacerbate the problem, or we begin to interact with people from outside our communities and begin to make our own realisations about what we’d absorbed at home.

Now and then we wear keffiyehs and chant “Free Palestine” or retweet an image of Mgcineni “Mambush” Noki, in his green blanket, and this appeases our consciences. Or we make a trip out of going to the Union Buildings with our friends to join the march for #FeesMustFall, devoid of any understanding of the deeper, systemic inequalities that have resulted in the need for such a march in the first place.

Our families may have only wanted the best for us, but by sheltering us and breeding contempt the way they have, they didnâ€™t do us any favours. Our comfort does more harm than good.

Weâ€™re taught that a worthy aspiration is a successful business, a good-looking husband or wife, and a new BMW. We aren’t encouraged to think critically or to question the world we’ve been given.Â Instead, we take offence at the slightest discomfort and immediately lash out â€“ as my friend-of-a-friend did that Thursday at the Enoch Sontonga entrance to Wits.Â These were just a couple of incidents. There were countless others that took place over the past few weeks, over the internet and in person, in which my motives for supporting the protests were questioned.

I wonder, is this a middle-class phenomenon that cuts across all race-groups?

Apartheid certainly connived to situate race and class in our society so deeply, it will take years – decades even – for us to decipher the impacts completely.

Of course, one of the most glaring ironies of my argument is the obvious role played by Shaeera Kalla – the former SRC president, and one of the leaders of the Wits student protests. She stood on the front-line from day one, totally at odds with what I have just described above.

But what hasn’t been told is how her behaviour was called into question. Although she did receive some support from the community, many also questioned why she’d chosen this cause.

Ignoring the bigger picture and the student struggles she was fighting for, some of the local brethren took to Twitter and labelled her an attention-seeker.

For me, what the #FeesMustFall movement did, more than anything else, was force people to show their true colours.