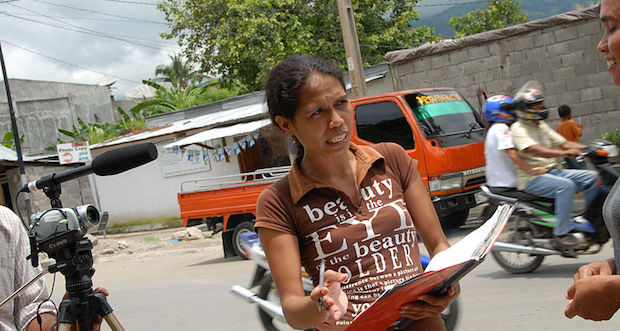 Imagine having to take a friend to work because that is the only way you can avoid harassment. Sounds silly, but that is what I often have to do when I am on fieldwork for a story, writes PONTSHO PILANE.

The first field story I did on my own was in Marikana, a few days after the five-month long Association of Mineworkers and Construction Union (AMCU)  strike had ended. I went there to see what the reaction on the ground was. Naturally, finding an angle for my stories should be the first point of call, but that was a secondary concern for me. Safety was my main concern: who was I going to ask to accompany me?

Now, in a conventional newsroom, a photographer or even a driver would tag along but The Daily Vox is a relatively small news organisation and we (the reporters) are our own photographers. A close female friend of mine had volunteered to tag along, but we both decided that that would not be safe enough. I eventually asked a male friend of mine who works in the mines near Marikana and he agreed.

In mid-2013, I accompanied our (male) editor to Alexandra township to cover a story about allegations that ballot papers had been tampered with during national election. The township had erupted in violence as a result.Every time we separated even just for a minute I would get unsolicited advances from the men that I was interviewing.

Their advances ranged from asking me out on a date or for my phone number while scanning me from head to toe. Some said they would only talk to them if I accepted their advances. One man threatened to stone my editor; among his many sexist remarks, he said “Ufeba nalabelungu, ubaletha ekasi lethu” (You are whoring around with these white people and bring them to our neighbourhood). His contempt and anger was directed at me.

Nothing was different in Marikana, or has been in any other place I have reported. Men continuously feel the need to objectify me no matter how professional I try to be. While covering Marikana, a man pulled down his pants and exposed himself to me; it was this incident that motivated us even more strongly to start #sexistSA.

I raised this with my colleagues, not only out of concern for my safety, but also because I felt I was unable to do my job efficiently because of such harassment. But all the other female journalists I spoke to had the same concerns and had their own stories about being harassed on the job, and it is worse for black female reporters than for others.

As we were sharing our experiences and attempting to find solutions, I realised that the level of violence, both verbal and physical, varied between the black and Indian female journalists. Our Durban reporter Zimasa Matiwane told us while she was covering a story with some of her female classmates, they were threatened with physical violence.

Our experiences are not made special because we are journalists and because this is just an occupational hazard. The issue here is gender-specific violence and the fact that women of colour, specifically black women, bear the brunt of this violence.

– Featured image: A female journalist on training in East Timor. By J Vas via WikiMedia Commons.