Home Videos Ferial Haffajee on why she was too shy to ask Madiba for...
WhatsApp
Facebook
Twitter
Email
Print 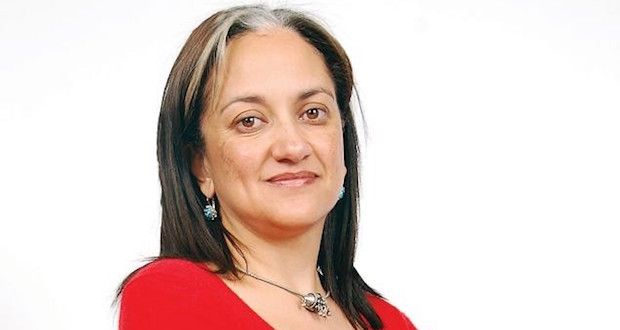 In a recent wide-ranging interview with veteran journalist Ruda Landman, City Press editor Haffajee spoke about South African politics, the future of journalism and how she missed out on the all-important selfie.

Haffajee was a 22-year-old cub reporter when Madiba was released and said that if she had to do the interview all over again, she wouldâ€™ve asked him very different questions.

â€œI didnâ€™t even ask for an autograph or a selfie. I didnâ€™t even know what they were called back then! But I just covered him as any other journalist did. I was shy to get close to him as other people did, and I wish, of course, that I [had] used that space differently now, hey?â€ Haffajee said.

But never mind the past; looking forward, Haffajee believes that the future of journalism is non-profit.Â â€œThatâ€™s something that a lot of us are working on very hard. We have to get foundations and philanthropists to see journalism â€“ public-interest journalism â€“ in the same way that you see healthcare, social justice, et cetera, and fund it that way, off the books,â€ she added.

Several local media organisations, including Africa Check, the Wits Justice Project, GroundUpÂ and the Mail & Guardianâ€™s amaBhungane have all taken this route.

Newspapers still play a huge watchdog role in society but in 2012 an analysis by the USâ€™s Council for Economic Advisors found newspapers were the fastest-shrinking industry in the US. Meanwhile, South African newspapers have also come under increasing pressure as circulation has continued to drop locally. The industry is not grappling with ideas on how to stay functional.