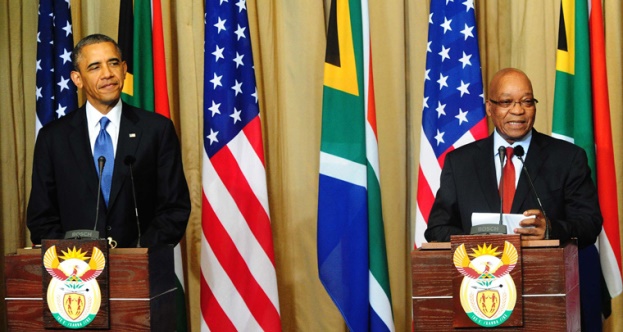 After reports circulated that South Africa may be a target for terrorist groups, FEZILE KANJU questions whether South Africa’s sovereignty is at stake, and who is best placed to protect it.

I remember feeling badly played as an African when I learnt that one of the worst genocide in history, the Rwandan genocide, started in April 1994. Why? Around the same time, the international spotlight shone on South Africa as a new democracy. From just these two happenings one can see the impact of the intervention, or lack thereof, by the international community. The UN delayed to recognise the mass killings in Rwanda as genocide, thus washing its hands from a responsibility to intervene. Yet we know that our democracy was won through the support of external pressure put on the apartheid government. These incidents reinforce the reality that politics do not happen in a vacuum.

Regrettably, I feel in 2016 as South Africans we are not giving enough scrutiny to what is happening outside our borders that has direct impact on our everyday experiences. A number of cases come to mind: external factors contributing to the weakness of the rand, migration trends and xenophobic attacks, why Lonmin claims it could not afford to pay miners in Marikana what they asked for, the American chickens that have hit our market, and currently the terror threats we are informed of by the US, British and Australian embassies. I could write a bit about each one of these issues but let me rather focus on the latter. Perhaps we might start reflecting on the rest of the issues in different ways.

I often find questions to be a great guide to reflections. The first question I would raise to raise is: what role does civil society in South Africa play in defending the sovereignty of our country? I pick on civil society because our history shows us how remarkable its activism has been in influencing life changing policies in this country.

In the international political sphere, hard power talks. The stronger a country’s military is, the more powerful it is renowned. According to the Stockholm International Peace Research Institute, the US sits at number 1 among the top 15 countries with the highest military expenditure. This is why the US is regarded as one of the strongest and most powerful country in the world. Even though according to the World Economic Forum, the US remains one of the top 20Â countries with the highest debt to GDP ratio (105%). Clearly, it is not because of its economic standing that it gains such a profile. South Africa, on the other hand, is renowned for its soft power. We lead in negotiations for peace accords and we have an active civil society that engages its government for change.

It is power that ensures a state is not undermined, that it is engaged with by external players as a sovereign state. So, is our soft power enough to protect our sovereignty as South Africa?

The US-led war against terror is a byproduct of its power. This war on terror is costing countries like the US and France a great deal. What should draw our attention is how and why some of the highly indebted countries are the top spenders when it comes to military expenditure. A lot of countries have reduced their military expenditures since the Eurozone financial crisis. Is the US expenditure on its military sustainable? I doubt it.

Alternative ways to continue and strengthen the war on terror remain necessary for countries that have suffered terror attacks and continue to be threatened by terror groups around the world. One alternative is to grow allies for the war on terror. Encourage governments to do their part within their borders. In the case of countries like Pakistan, the call to do its part is marred by dilemmas. Do you negotiate or do you give way to US military?

On the brink of the US’s invasion of Iraq, a line was drawn by President Bush asking countries to basically pick a side: “You are either with us or against us“. In 2016, this call still stands and countries like Pakistan are bearing the brunt. Just last month, US drones attacked and killed Afghan Taliban leader Mullah Mansour in Pakistan, an attack that does not seem to sit well with Pakistan government.

The second question I have is: will South Africa’s approach to dealing with terror threats reflect the strategies of our government, or will we follow approaches of leaders in the war on terror?

Liesl Louw-Vaudran for the Mail & GuardianÂ argued that the military approach executed by countries such as the US and France will not work in Africa. I agree. Our historical political standing in the international sphere does not carry the same reputation as the US and most European countries.

This is not to suggest we are immune from terror attacks. However, trends in terror attacks are characterised by political and economic motives. I would like to believe that we have seen enough wars on our shores to think we have greater capacity now to deal with terrorism through military means. Even Mozambique’s current conflict between Renamo and the government calls for calmer strategic approach. There are many costs to count for African countries before we overtly pick a side on parameters drawn by a questionable friend of the continent.

There is pressure for countries to heed the US call. As we have seen with the deal for South Africa to start receiving American chickens, there are privileges we may forego if we do not act in the interest of our funders. These battles cannot be left in the hands of government alone. There is a need to challenge government and rally behind the interests of our country.

Is our civil society ready and strong enough to protect our sovereignty?

The trend of South African civil society has mostly been inward-looking and vertical. The people versus the government or the people versus institutional power. This is how we ensured the availability of ARVs in the midst of AIDS denialism. How government agreed to offer free set-top boxes to 5 million low-income households when we switch off analogue TV to digital. We have proven strong enough to challenge and engage with leadership within our borders.

This brings me to the final question I have. How will South Africa withstand any pressure from countries at the forefront of war on terror?

Fezi Kanju is advocacy manager for Doctors Without Borders (MSF) in Pakistan and MM Security studies student at Wits School of Governance.

Featured image via GovernmentZA on FlickrÂ