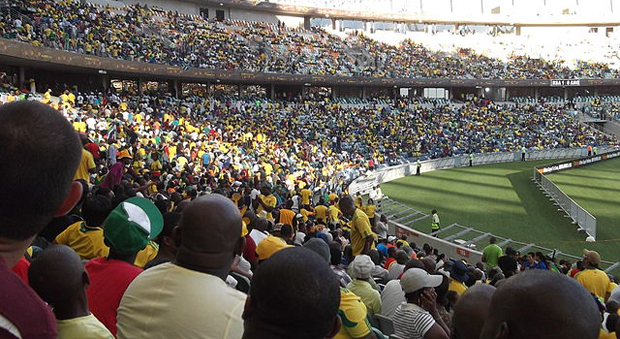 In light of the Fifa bribery scandal â€“ in particular, the allegation that South Africa paid $10-million to host the 2010 World Cup â€“ SIHLE NDEBELE asked people in Durban their views on our hosting of the event. Can or should we still feel proud of our soccer World Cup moment, or is it nothing more than an embarrassment? And if the allegations prove true, then what further action should be taken? If those bribery claims are true, that does not mean it was aÂ tainted event. The 2010 World Cup brought many jobÂ opportunities in our country, so it was not a taintedÂ event. I am proud we hosted it: it gave us exposure.Â Now we are known, since we hosted it.Â People must be charged: if it is true, those who areÂ responsible should go to jail. Even if the allegations are true, that does not mean the World CupÂ was a tainted event because it brought a lot ofÂ people to our country and our businesses wereÂ boosted by that. It was a proud moment for theÂ country, as it brought about togetherness amongÂ South Africans.Â I think we should not be embarrassed, because weÂ hosted well. The future hosts should learn from usÂ because we had a greatÂ World Cup! Even if we paid more than that, I do not care,Â because it is history now that we hosted the World Cup. Proud, no; why should I be proud, because I didÂ not benefit. It was a tainted event because theyÂ took our money as taxpayers and gave it away;Â now they want us to feel sorry for them. No, theyÂ must be arrested, end of story.Â It would be better, if that money was used toÂ develop football in townships. If we bribed, it means that it wasÂ not meant for us, but it helpedÂ because it left good stadiums andÂ other sport facilities that can beÂ used for developing young talent.Â I am proud because after hosting the World Cup,Â we became a better country. People started talking aboutÂ South Africa as we proved ourÂ critics wrong; other countries did not trust that we could host a world-class event like weÂ did. I feel like those people who are responsible for the bribery should be fined because theyÂ did not play according to the book. Although it created jobs, the World Cup Â was a tainted event because itÂ showed that we are a corruptÂ country. Corruption isÂ everywhere in South Africa.Â We cannot be proud knowingÂ that we got it because ofÂ bribing FIFA. I was proudÂ before, but now it is anotherÂ story.Â The Local Organising Committee must tell us what happened because now we do notÂ know who to believe.Â Those who are responsible should be brought to justice, and they must pay pack that money.