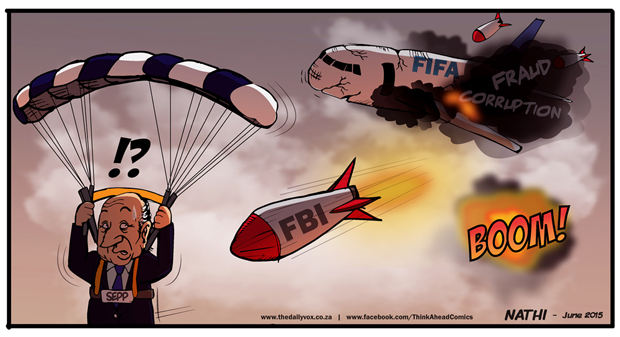 Self-formerised Fifa president Sepp Blatter clearly enjoyed the power that came with his position â€“ why else would he have stuck it out to be re-elected for a fifth term last week, despite the deafening calls for his resignation?

But with a damning letter from South African officials released a few days ago, it seems even Blatter has realised his time at the helm is up â€“ and that extra time on this one wouldâ€™ve done him no favours.

With reports that the US investigation into corruption at Fifa now has Blatter firmly in its sights, we reckon he didnâ€™t strap on that safety parachute and attempt abnegate responsibility in time to save himself.

Sepp â€“ you may no longer be head of Fifa, but those pesky US FBI agents are still heading your way to hold you accountable for what went down during the 17 years you were in charge. And itâ€™s going to take more than a resignation to make them go away.