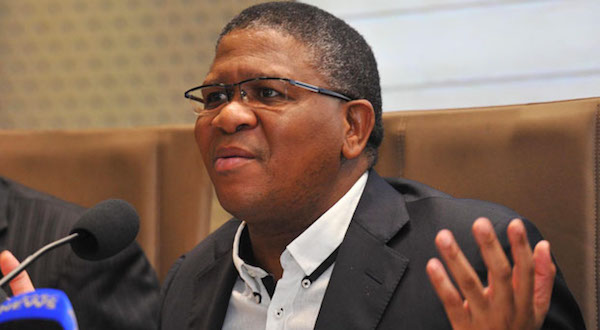 South African Minister of Sports and Recreation Fikile Mbalula used social media to its fullest potential in 2014, posting funny tweets and pictures that got him loads of laughs and followers. AAISHA DADI PATEL looks at a few recent posts with which Mbaks totally won the internet.

â€˜Minister of selfies, he is ever ready to show how its done.

When Steve Hofmeyr recently took puppet Chester Missing to court in the first ever case in South African history of a puppet being sued, Minister Mbalula pledged his support.

Heâ€™s a party animal, and he will share it with the world.

Ever the joker, he played along with #TransformationTuesday.

And heâ€™s never shy when it comes to confrontation. He digs deep, as he proved in these exchanges with Sentletse Diayanko, the self-described, self-appointed â€˜EFF supreme commander of the Twitter batttalionâ€™.

Like EFF rejected you a seat in Parliament and deployed you on Twitter to obsess about ANC RT @Sentletse:@ But yu were rejected in Mangaung

My category is like your EFF seat in Parliament, it's nonexistent RT "@Sentletse: In which category are you nominated? RT @MbalulaFikile

Donâ€™t mess with his judgement, or deny his credibility as Sports Minister. He knows what heâ€™s doing. And if you think that he doesnâ€™t, you must be high.

I am sure you're Nyaoped up @AndrewDaniels31: I'm sure @MbalulaFikile will demand for Shakes to be fired after qualifying without losing

He proved in this vid from where he spoke in Parliament, that he is VIVACIOUS!

Let us give the Honourable Minister @fikilembalula the bells he deserves! #vivacious #vital #krwamkrwam #ThankYouANC

Yesterday things #ditswerere and the Gogos bake kuru (to be correct )I luv this Gogos they are an inspiration to all of us twerking right there salute!!!

But as for his etiquette on social media? He said it himself.