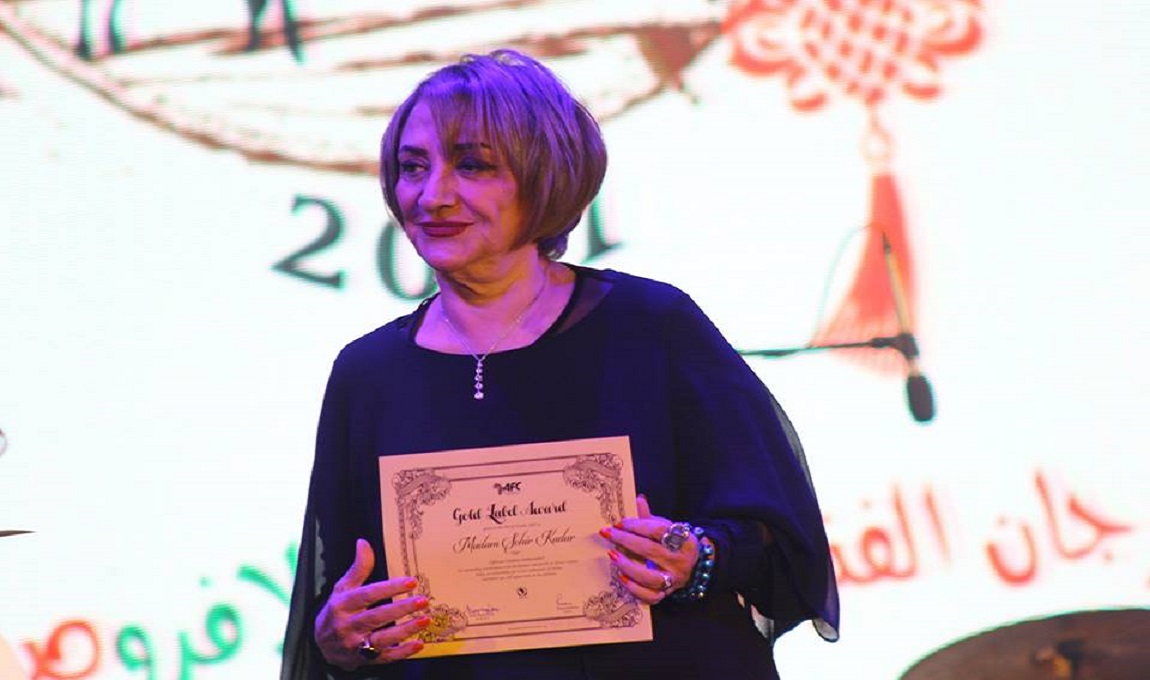 Soheir Abdel Kader is an Egyptian film festival expert. Among her many career accomplishments and designations, she is the founder and president of both the Awladna International Forum for Arts of the Gifted and the Afro-Chinese Arts and Folklore Festival. Abdel Kader is also the chairperson of the African Film Consortium. She will be in South Africa for the Nelson Mandela Children’s Film Festival, which begins on 16 June in Johannesburg. The Daily Vox caught up Abdel Kader to find out more about her work.

Organising a film festival is easy and also hard at the same time, Abdel Kader says. “It all depends on how much you love what you are doing because if you love it, you can manage to organise the world’s biggest festival ever, but if you are doing this only for work, you are bound to fail.”

“You also need to have connections and build strong networks, and know that you always have to contain any kind of problems that would hinder the flow of work,” she says.

Today, selecting films is difficult because it requires money to be paid to the producer, unlike the old times. “We have lost a great deal of status in the festival domain due to our inability to compete with other international festivals,” she says.

In 2015, Abdel Kader won the Mama of Africa title from the Pan-African Film Consortium.

The fracture means that Abdel Kader is still unable to launch a festival fully dedicated to the African cinema production. Instead, cinema is a part of the rest of African arts to ensure that it is given maximum exposure.

Inspired by the strong ties between Egypt and Africa, and especially with the potentially growing relationships with China, Abdel Kader launched the first African-Chinese Cultural festival in 2016.

“Cross cultural festivals dissolve all barriers between nations, as art is the universal language which talks in the language of peace and love. These festivals convey cultures and traditions and history of nations and countries between each other,” she says.

Organising cross-cultural festivals is no easy task. It needs cooperation and willingness from countries and their respective ministries of culture and tourism, she says.

If Abdel Kader could advise African filmmakers, she would tell them to persist and persevere to pursue their goals despite all hindrances that they may face, especially because they are entering an already established market that needs effort and time to be claimed.

In the past, she organised and promoted festivals in Africa and in the Middle East, including the mooted Arab Film Festival Guild. However, there is little to no cooperation between filmmakers across Africa and the Middle East today. Funding is a great hindrance for successful cooperation, she says.

Besides that, Abdel Kader says African countries have a great deal of talent and creativity, but seek cooperation with USA and Europe thinking that it is always better than other avenues.

She launched the Cairo International Film Festival for Children in 1991 and was its director until 2015, expanding the span of the festival to accommodate different art forms.

The biggest challenges for children’s filmmakers working in Africa and the Middle East are exposure and the lack of support from ministries of culture, she says.

“People are mainly concerned with American and European film production for kids, which gives it a great chance to be screened in cinemas and get its due exposure, unlike African production” she says. African production has become only festival-oriented, exclusively for festivals screening, which doesn’t pay off with needed profits to sustain the continuity of production.

The second problem, she says, is the lack of concern of ministries of culture and their lack of support to these movies in a way that children would understand.

While working on the Cairo International Film Festival For Children, she always dreamt of involving special abilities and gifted kids.

Finally, in 2017, she launched the Awladna International Forum for Arts For The Gifted, the first of its kind and her dream came true.

Such success encourages her to dream even bigger, to one day provide a home for special abilities and gifted children that would welcome and nurture them in case of any loss that may happen to their parents, especially their mothers.

When asked about a future where these kinds of film festivals nurture and grow mobile filmmaking through apps like Youtube and SnapChat, she says anything is possible if people and entities cooperate with each other.

“We already have a small-scale festival for mobile movies in Egypt, so why not have all Africa joining hand in hand to launch such a festival? It would come without the hindrances of production costs that filmmakers usually face which would guarantee more exposure and better participation in such a Pan-African festival,” Abdel Kader says.

The inaugural Nelson Mandela Children’s Film Festival will be taking place from 16 June to 18 June.The theme of the festival is The Children’s Champion: Celebrating Nelson Mandela’s Centenary.