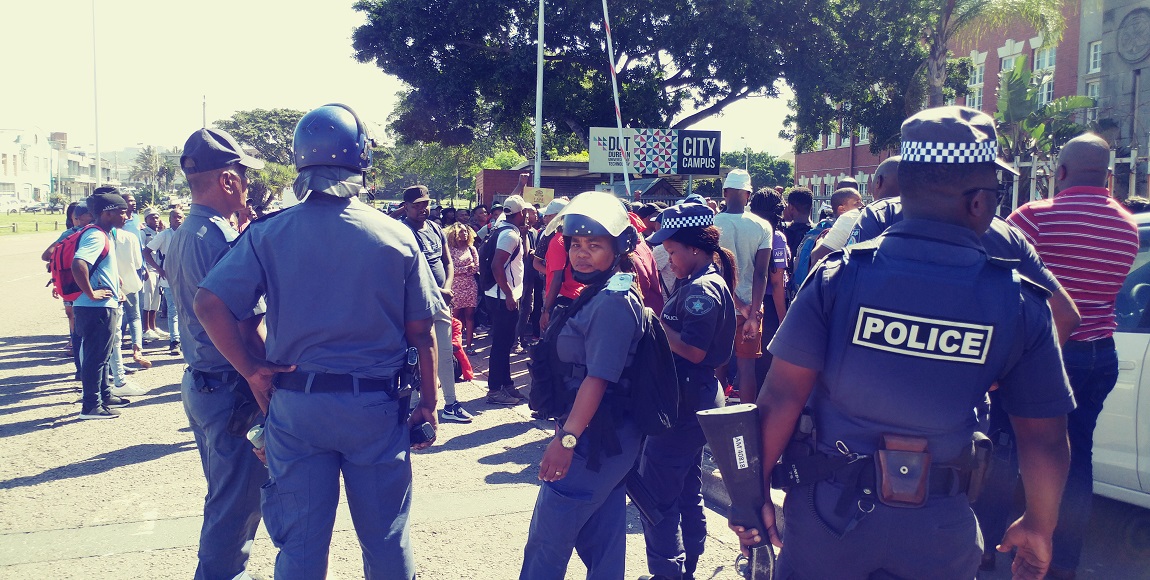 Students in Durban institutions of higher learning are becoming more irate and vow to bring campuses to standstill if their concerns are not resolved swiftly.

The series of protests that broke out at these universities began at the Westville campus of the UKZN, when a group of disgruntled students protested over issues relating to the National Student Funding Aid Scheme (NSFAS) and living conditions.

This was the beginning of a spate of protests in Durban campuses as students at the Durban University of Technology(DUT) followed suit on Monday, with concerns over NSFAS and registration. Howard College followed not long after.

The issue of financial exclusion in these universities has been ongoing for the last few years resulting in students shutting down campuses.

On Tuesday at DUT police arrested four students during a protest.

“Four of our students were arrested and charged with destabilisation of university academic processes but they have been released on bail and are due to appear again in court in August 21,” said Khanyisani Khambule, the chairperson of the student representative council at DUT.

Khambule remains suspended with six other students, their disciplinary hearing was postponed to the following week, according to Khambule.

“The hearing of those suspended has been pushed to next week. We are now waiting on the management to respond to our memorandum so that we can have a way forward on all our issues,” Khambule said.

Meanwhile at UKZN Howard College, the situation was calm on Wednesday, but students at Westville Campus reportedly destroyed property.

The SRC at UKZN said it has engaged with the management on issues pertaining to academic monitoring and exclusion policy implemented in 2009, calling for it to be scrapped but management renounced.

“In our engagement with the management we requested that this academic monitoring and exclusion policy be waived out and both parties agreed that it is indeed unfairly excluding a lot of students for many years now since its approval in 2009, and has never been reviewed to speak to our current issues.

“This policy by its nature is not progressive and does not provide academic monitoring across all colleges and campuses. Firmly, SRC rejects this policy for many reasons which were shared in our meeting,” the statement reads.

However, it also states that the management did not agree that the policy shouldn’t be used due to the fact that there is no other policy at the moment.

According to the UKZN central SRC president Sanele Hlongwa, management has scheduled a meeting for Thursday with the SRC to engage further on the matters and pave a way forward. 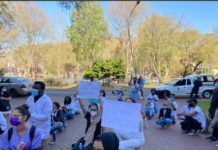