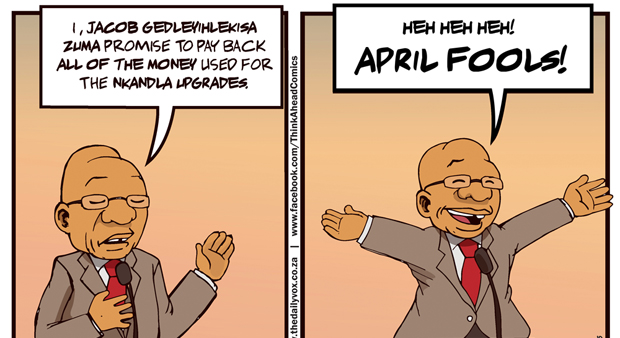 On Tuesday evening, we all knew to be on high alert for the usual April Foolsâ€™ jokes doing the rounds. But come Wednesday morning, and we had to admit that some of them almost got us! From Zuma paying back the money, to the Proteas getting a second chance in the cricket World Cup, THE DAILY VOX TEAM rounds up the best of April Fools Day 2015.

When Eyewitness News contacted spokesperson for the Presidency Mac Maharaj, he confirmed the news. But, as weâ€™ve said before, Maharaj is on top of his game, and it turns out the â€œnewsâ€ was just Mac interfacing with the public on April Fools Day. Sure, he may have missed the traditional 12 noon cut-off time, but weâ€™ll forgive him â€“ revealing that the Presidency has a sense of humour is priceless.

3. Zwelinzima Vavi joins the EFF
Since he was expelled from Cosatu on Monday, former general secretaryÂ Zwelinzima Vavi is out of a job. According to The Daily Maverick, Vavi was snapped up by the EFF as its interim head, while commander-in-chief Julius Malema stepped down to sort out his tax problems. â€œWe are a Marxist-Leninist Fanonian party,â€ Malema stated. â€œAnd Vavi has read almost all of those books.â€ Lol!

4. Zuma to pay back the money
City Press reported this morningÂ that President Jacob Zuma would pay back the money used to upgrade his Nkandla homestead. Mac Maharaj said that Zuma decided it was â€œthe right thing to doâ€ and that the money would be made available by next month. However, he did not indicate if the money would be paid back in cash, via EFT, or through the Shoprite money market facility. If only it were true!

5. Proteas recalled to replay cricket World Cup semi-final
It was the best of April Fools; it was the worst of April Fools. If the SABC is to be believed, the International Cricket Council announced this morning that the final and semi-final matches of the cricket World Cup had beenÂ nullified, owing to â€œumpiring errors, unreliability of the Umpire Decision Review System, and government interference in certain team selectionsâ€, and would be replayed. We really wanted to believe that the Proteas were getting a second stab at achieving cricket World Cup glory and this story simply broke our hearts. No fair, guys, this one was just mean! 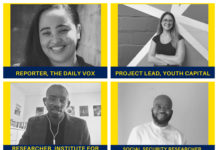