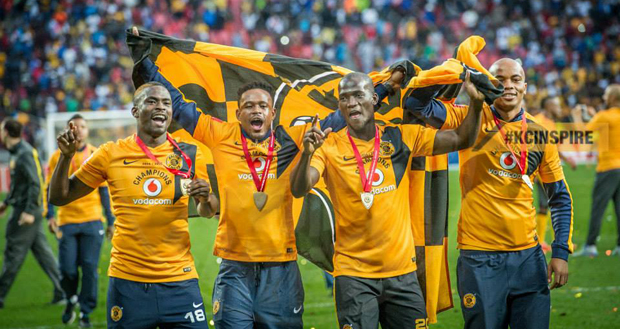 In the 2013/14 Premier Soccer League (PSL) season, Kaizer Chiefs surrendered an 11-point lead at the top of the log, and ended up in second place. This time around they made sure that they stuck to their nickname and became the amakhosi of the 2014/15 season. MICHAELSON GUMEDE looks at how Chiefs dominated the PSL from start to finish.

1. A flying start
In the first 15 games, Chiefs got off to a fantastic start, sweeping past theirÂ opponents to end the first half of the season on 36 points. The most remarkable thing about the Naturena-based side is that they occupied the number one spot from the first blow of the whistle upÂ until the last day.

2. Strong backbone
A team needs to have a strong spin, which consists of a strong goalkeeper; strong, hard tackling centre-backs, a no-nonsense central defensive midfielder, and net-rattling goal attackers.Â Amakosiâ€™s ever-present spin line â€“ including the â€œTwin Towersâ€, Willard Katsande and ReneilweÂ Letsholonyane, made sure to avoid getting booked for silly challenges to avoid suspension; that takes discipline. InÂ the absence of Chiefsâ€™ number one sticks-man Itumeleng Khune, the talent of Brilliant Khuzwayo andÂ Reyaad Pieterse stepped up. You couldsay we saw a “Rey-of-Brilliance”. How many teams can call on theirÂ second- and third-choice goalies and still have the same confidence as when their first choice isÂ between the posts? GoalkeeperÂ trainer, Rainer Dinkelacker surely deserves a round of applause. 3. Consistency
It is crucial for a team to maintain the same starting 11Â if they keep on producingÂ results; equally, squad rotation helps in terms of diversity and tactical alternations. The regularÂ backline of Amakhosi share a remarkable 115 games among them. The most noteworthy fact is thatÂ the 115 games wereÂ spread among four defenders, namely, Captain Tefu Mashamaite, who has played all 30 gamesÂ along with with Siboniso Gaxa; Tsepo Masilela and Eric Mathoho played 28 and 27 gamesÂ respectively. This consistency in defence made it much easier for the goalkeepers to excel. It is often saidÂ that strikers win you games, but defenders win you trophies; Chiefs have proven this again this seasonÂ The steely defence let in only 14 goals the entire season.

4. Outstanding leadership
In the absence of regular captain Itumeleng Khune, coach Stuart Baxter and his technical teamÂ appointed Tefu Mashamaite as the captain ahead of the clubâ€™s regular stand-in captain, SiphiweÂ Tshabalala. Some supporters may have felt that Tshabalala was overlooked. But this was more a question of the teamÂ having manyÂ players who possess supreme leadership qualities. The likes of Reneilwe Letsholonyane, Bernard Parker,Â Tsepo Masilela and Siphiwe Tshabalala all played a part in leading the team, along with senior benchÂ royalties Josta Dlala and Morgan Gould. At the end of the day, only one man could put on the armbandÂ on match day, but the collective leadership qualities of the senior players played an immense role in the teamâ€™s success.

5. Tactical brilliance
More often than not weâ€™ve seen the team walking away with three points earnedÂ on a score with a margin of one goal. Every time Chiefs scored first, they went on to win the match. Out of theirÂ 21 wins, 10 were Â 1-0 victories, which indicates that Chiefs could defend theirÂ lead. If they appeared to be slim upfront, Baxter would usually introduce a fifth defender to make sureÂ that if they didnâ€™t score, they also didnâ€™t concede.

Michaelson Gumede is the Daily Vox’s sports columnist.Â Do you agree with his take on Chief’s dominance this season? Let us know.