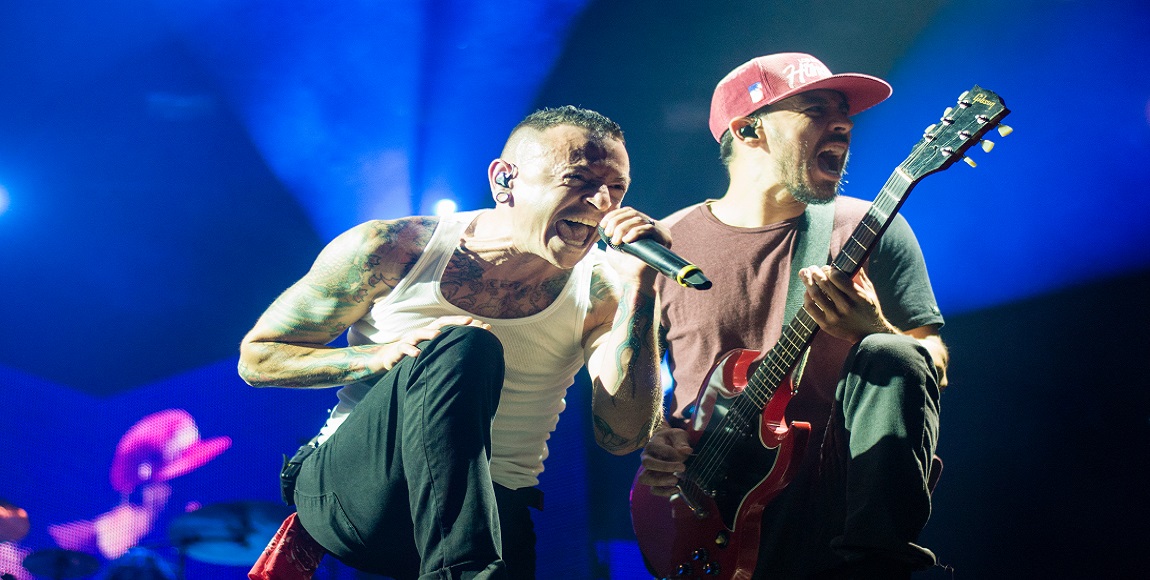 Thereâ€™s this wonderful thing about music; it provides a sense of community. You listen to it and you feel like someone, somewhere gets you. This is what, for many of us, the alternative rock band, Linkin Park, embodied. So the news that Chester Bennington, lead vocalist of Linkin Park, died from apparent suicide yesterday devastated many millennials. Hereâ€™s why we will mourn Bennington’s loss.

1. Linkin Park sang the song of anger, anarchy and rebellion
One of the biggest appeals of the band was the way they defied convention. Their music appealed to the rebel that lives in every teenager and gave us a way to channel that anger.
There was nothing more satisfying than blaring Crawling after dramatically slamming the door and shutting out the world and its problems. Linkin Park validated our anger.

2. They understood the feelings and angst we all go through at one time
Being a teenager is all about the feels. For most of us suffering from that teen angst, Linkin Park was a medium for venting negative emotion and finding comfort. Somewhere I Belong gave us hope that there was someone, somewhere, that understood what we were going through each day. Listening to and bonding over Linkin Park was like a mass sharing of pain – and catharsis thereafter.

I will never know myself until I do this on my own
And I will never feel anything else, until my wounds are healed
I will never be anything till I break away from me
I will break away, I’ll find myself today

3. Provided the depressed, misunderstood, and the loners with a channel of expression
Linkin Park explored the theme of alienation deeply. They also dealt with mental health issues. This isnâ€™t a surprise because Bennington was no stranger to struggle. He had a troubled childhood and teenage life, and suffered sexual abuse, bullying, and drug addiction. Take all that into account and it makes sense that the lyrics to their songs were wracked with pain and devastation, something many people could relate to. Bleed it Out was a song that spoke about isolation. Their music became ammunition for listeners to fight their inner demons and battles with.

Truth is you can stop and stare
Bled myself out and no one cares
Dug a trench out, laid down there
With a shovel up out of reach somewhere

I’m holding on
Why is everything so heavy?
Holding on
So much more than I can carry#RIPChesterBennigton
No more Linkin Park. ðŸ˜²ðŸ˜² pic.twitter.com/W2uDWhSD4y

4. Dismantled toxic masculinity – and appealed to everyone
Whatâ€™s pretty profound about Linkin Park is that itâ€™s men singing about feelings. In an age where men are expected to perform a toxic masculinity that silences emotional expression, Linkin Park – and Chester Bennington in particular – were radical. They squashed expectations and were true to their feelings. Songs like What Iâ€™ve Done put us through all the feels. Bennington sang clearly and poured his feelings out for the world to hear, and that was radical. Perhaps thatâ€™s why Linkin Park had such a large fan base across the gender spectrum.

Linkin Park’s music was & is so important. My goodness. They left everything of themselves in their music. It was glorious â¤

5. Bridged the gap between rap and rock
Linkin Park disregarded boundaries between rap and rock, with songs like Papercut and In The End. They may not have been the first to do so, but they did it well. Perhaps their most iconic merging of genres was their Numb/Encore mash-up with Jay Z. The song had a cross-pollinating effect among predominantly black rap fans and predominantly white rock fans. Their listenership was diverse.

It was magic. RIP Chester Bennington.