Home Online Chatter Five reasons why the DJ Zinhle, AKA and Bonang drama should be...
WhatsApp
Facebook
Twitter
Email
Print 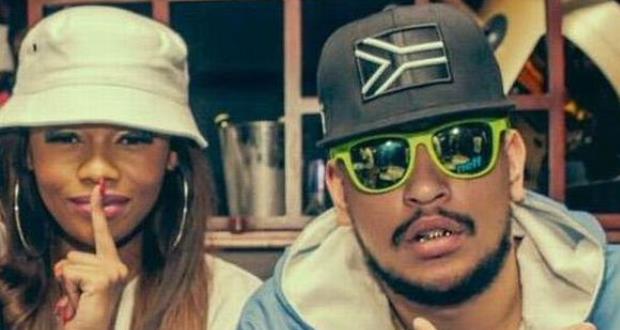 The infamous Bonang/DJ Zinhle/AKA love triangle has run its course and MORWESI NDLOVU thinksÂ itâ€™s time we stopped tweeting, writing and talking about it.

It all started when DJ Zinhle dropped aÂ bomb on social mediaÂ by revealingÂ that Capetonian rapper AKAÂ was cheating on her with “Queen B”,Â television host Bonang Matheba. Soon pictures of Bonang and AKA on vacation together were splashed on magazines and the gossip went from social circles and social media to major news organisations.

But why are the private lives of these three people of so much interest to South Africans? We all know someone caught up in a messy love affair;Â people cheat, break upÂ andÂ â€œside-dishâ€ all the time. Here are a few things we should consider before we start Googling for more gossip on these three.

1. They might be prominent, but theyâ€™re onlyÂ human
Bonang is one of the most successful businesswomen and entertainers in the country right now. DJ Zinhle has made it possible for female DJâ€™s to kick-start their careers by opening a music school and she is also looked up to as a fashion icon. AKA is a Â South African Music Award award winner and 2015 BET nominee. ButÂ their accolades donâ€™t make them any different from us. They make mistakesÂ and have to deal with the messy repercussions, just like everyone else. It’s time we stopped obsessing aboutÂ their love lives and started worrying about real issues like the economy and the fact that the untransformed Springboks can’t even beat Japan in rugby.

2.Â They’re handling it as best they can
Some celebrities have managed to keep their private lives privateÂ but it’s not unusual for others to air their dirty laundry in public. Since the initial allegations were made,Â all three parties here have released statements on their respective platforms, and Bonang and DJ Zinhle have taken the matter further through their lawyers. No matter how much the voyeurs keep tweeting and Facebooking, this matter is going to be resolved behind the scenes.

3. We all have relationship problems
Glass houses, stones, you know the saying. Everyone has relationship problems and we can onlyÂ hope that the finer details of ourÂ weakest moments won’t be dissected by everyone we know – or don’t know.Â See above, re: only human. (Let’s forget for now thatÂ theyÂ played a part in fanning the flames of this media inferno by posting information about the love triangle on their social media platforms. We can all see how that ended, and let’s file that under M for “mistakes” and W for “weak moments”.)

4. There’s a kid caught up in this
Let’s not forget that there are families involved in this, and also that what happens on the Internet, stays on the Internet. Many people split from their partners after having children, but usually they get to answer questions about why Mommy and Daddy aren’t together any more at a time of their choosing and in the privacy of their homes.Â Imagine AKA and Zinhle’s baby Kairo coming across all these icky details while surfing the netÂ some day. #notcool

5.Â Ain’t nobody got time for that
Bloggers have to pay their bills somehow so at least we know why they keep going on about this but as for everyone else,Â ask yourself, is all this time and investment of energyÂ worth it? Does it contribute positively to your life or anyone else’s?Â We all need to chill out and step away form the social media – and I am includingÂ Bonang, AKA and DJ Zinhle in that.