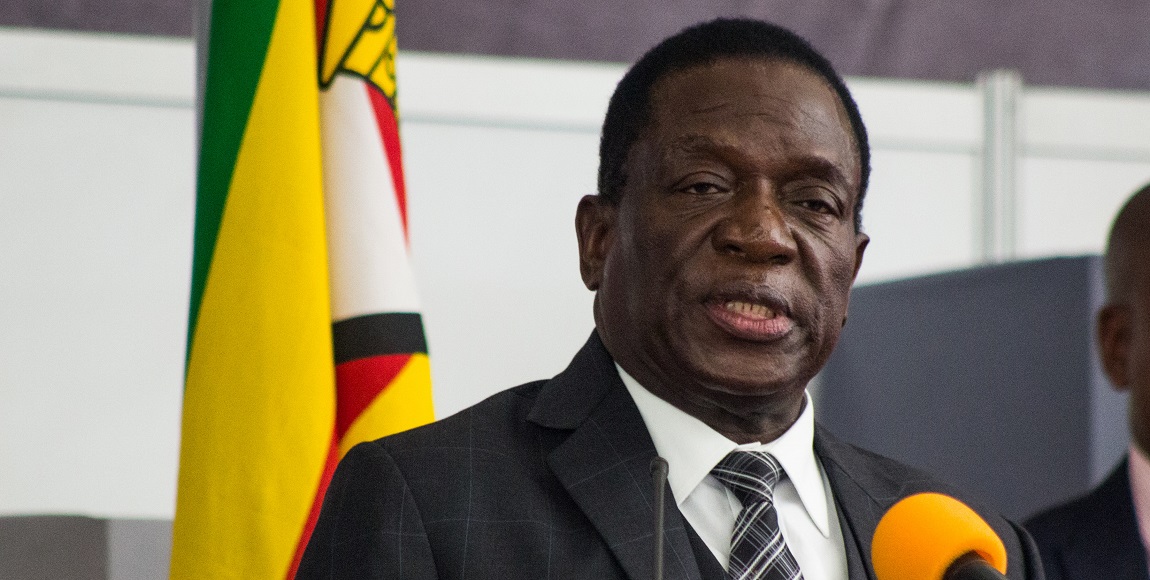 The former vice president of Zimbabwe Emmerson Mnangagwa is rumoured to be the next president of the country following a military coup last week.

He was set to succeed 93-year-old President Robert Mugabe but then axed in early November with some saying place was being made for Grace Mugabe, wife of the president. Mnangagwa, 75, is a veteran in Zimbabweâ€™s ruling party, Zanu-PF.

Here are five things you should know about the man who is poised to become Zimbabweâ€™s next president.

1. He was a part of the Second Chimurenga

Mnangagwa was born in Zimbabwe then moved to Zambia as a child. On his return to Zimbabwe in the 1960s he joined Zimbabwe’s war for liberation (Chimurenga); he was a lawyer by then. Mnangagwa was sentenced to death for blowing up a train in Masvingo in 1965. His sentence was then changed and he was sent to prison because he was too young for the death penalty. It was here that he met Mugabe and joined Zimbabwe African National Union which later became Zimbabwe African National Union â€“ Patriotic Front (Zanu-PF).

2. He played a role in the Gukurahundi genocide
Mnangagwa was the security minister when an estimated 20 000 people from the rival party Zimbabwe African People’s Union (ZAPU) supporters, who were mainly Ndebele, were killed in 1983 and 1984.

At a rally in Lupane in Matabeleland North Province in 1983, he called ZAPU supporters cockroaches that should be killed with pesticides. However, he has continually denied any involvement, blaming the army instead.

3. His relationship with Mugabe has spanned decades
In 1980, Mnangagwa joined Mugabe in exile in Mozambique as his special assistant after spending time fighting the British in Zimbabwe. Mugabe made Mnangagwa the minister for national security after independence. Mnangagwa, once Mugabeâ€™s intelligence adviser, has even likened his relationship with Mugabe as one of father and son.

He served under Mugabe until 2004 in several different positions but was ousted when he expressed ambition to be vice president. He returned during the 2008 elections as Mugabeâ€™s head election agent for Mugabe. He then became the head of Joint Operations Command which is the wing of government that human rights organisations accused of targeting voices speaking out against Mugabe.

4. He has close ties to the military
Mnangagwa has strong military connections and influence, highlighted by the time he served as minister of defence from 2009 to 2013. His close ally is Constantino Chiwenga who is a Zimbabwean army general and commander of the Zimbabwe Defence Forces. Chiwenga led the coup on Tuesday.

5. He has ties to the Chinese military too
Chiwenga met with General Li Zuocheng of the Chinese Liberation Army a week before the coup, according to China Military Online (CMO). Mnangagwa was also trained in combat in China.

Li told the CMO Chinaâ€™s military was willing to make joint efforts with the Zimbabwe military to maintain high-level exchange of visits, deepen pragmatic cooperation in areas of personnel training, college education, as well as equipment and technology, â€œcontinuously elevating the level of relations between the two militariesâ€ China is Zimbabweâ€™s largest foreign investor; the two countries exchange: natural resources and agricultural products.