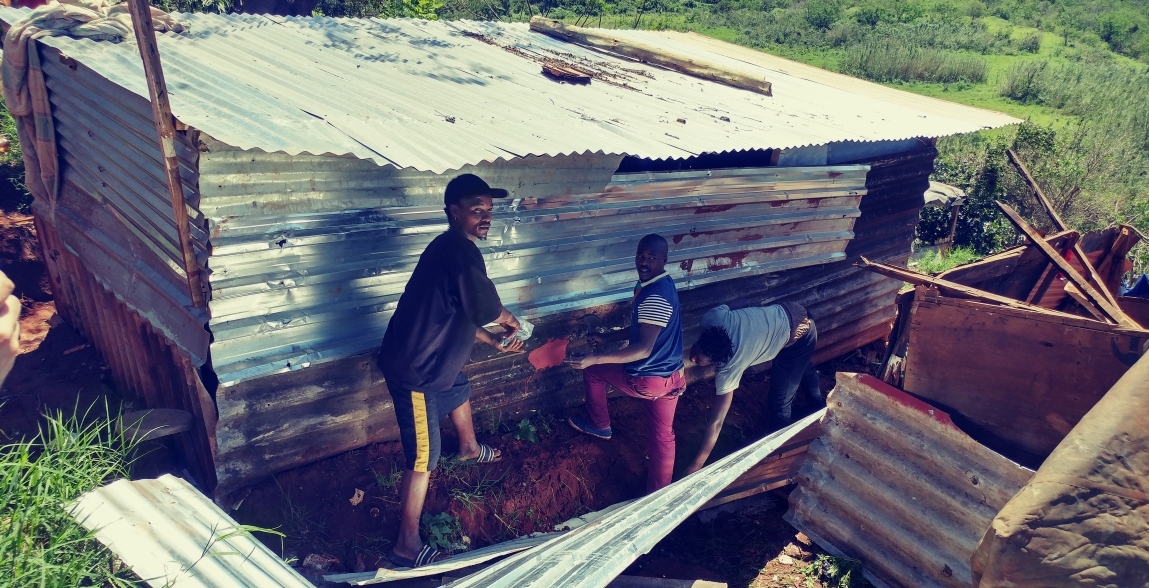 The people of Durban are picking up the pieces after a mega-storm hit the area on Tuesday and Wednesday. Thousands have been displaced, losing their homes and some, their loved ones.

There are a number of relief organisations working on the ground to help the survivors. But they do need your help. The Daily Vox rounds up which relief efforts you can contribute to.

This grassroots organisation is the largest shackdwellers’ movement in South Africa. It started in Durban in 2005 and now has branches Pietermaritzburg and Cape Town. Abahlaliâ€™s KwaZulu Natal chairperson George Bonono told The Daily Vox that shackdwellers experience leakages in their homes whenever it rains. â€œThe roof might never go out but still the whole place starts leaking in the rain,â€ he said.

He said that Abahlali needs people, especially the church members who usually help them to come out in their numbers to support the shackdwellers as government only cares for the middle class. Bonono said government officials havenâ€™t paid any attention to their situation. â€œSo far, in all the areas where we reported the matter, thereâ€™s no one who came to see the people in those areas.â€ To help Abahlali Basemjondolo and its members, call their Durban office at 031 304 6420.

2. Gift of the Givers

Actively involved in disaster relief, the Gift of the Givers is one of the organisationsassisting communities in Durban and along the South Coast. Its Durban project manager Mohammed Sooliman said people living in informal settlements were the most affected. Speaking to The Mercury, Sooliman said, â€œWe have a team heading to Mayville, where an informal settlement of about 150 has been affected and is in need of food and blankets,â€ They have partnered with Shoprite to set up a soup kitchen and are distributing blankets and food parcels. You can donate to Gift of the Givers here.

The Al-Imdaad foundation is a non-profit humanitarian aid relief organisation providing services in disaster situations. It has been actively involved in the disaster relief efforts in the wake of the #DurbanStorm. It has responded in Isipingo, Umlazi and other affected areas, providing food, blankets and hygiene packs. Speaking to The Daily Vox, a representative from the organisation said it is working in conjunction with Disaster Relief and Management and that relief efforts are ongoing. He said the situation is quite bad with lots of people displaced, houses destroyed and hospitals damaged. As information comes in regarding the situation, Al-Imdaadâ€™s teams are mobilising to help.

This relief drive was launched by Durbanites who wanted to help out those hit the worst by the storm. The drive is being led by Zoleka Mkhabela, a grade eight and 10 teacher at Hillview Secondary School in Newlands East. Mkhabela put a call out on Facebook asking for clothes, food, blankets, and school shoes for her disadvantaged learners.

â€œThe more disadvantaged kids that I teach are from Quarry Heights and Esiyanda that were affected badly by the storm on Tuesday,â€ said Mhkabela. She said their families have lost everything and some of her learners havenâ€™t been to class since Tuesday because they donâ€™t have school uniforms and school shoes.

When she was trying to find out what her learners needed, Mkhabela said she noticed that some of them were ashamed of their disadvantaged situation. â€œThereâ€™s still that stigma that I do not want my peers to know that at home weâ€™re struggling.â€ The response she has received, especially on Facebook has been amazing, she said. â€œFacebook has played its role and it works if you use it correctly.â€ To get join Mkhabelaâ€™s drive, you can send her a message on 076 577 5342.

The Mercury newspaper has also got in on the efforts to aid the disaster efforts. It has launched a #DurbanFloodsRelief collection drive for non-perishable foodstuffs, blankets and toiletries to distribute to the victims. If you are in the Durban area and want to donate any of these items, you can drop them off at Independent Media House, 18 Osborne Street, Greyville.

What other initiatives have been started to help the storm victims? Let us know in the comments.