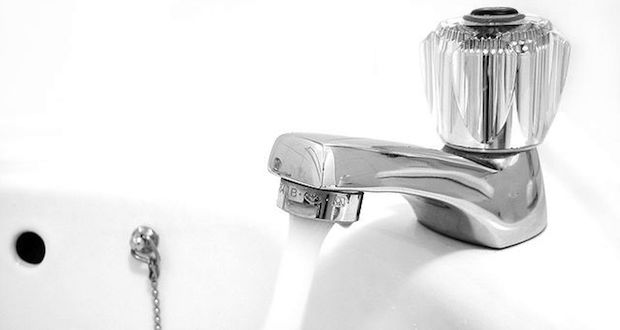 The pervasive drought in South Africa is believed to be the worst of its kind since 1982. And while most people have gotten the memo about turning off the tap when they brush their teeth, there’s still a whole lot of wastage going on. FIRDAUS KHAN lists five no-nos for the drought season.

1. Little Miss Use
Despite Rand Water urging locals not to unnecessarily use water, in this heat, many a parent has resorted to filling up a paddling poolÂ to keep their kids cool. A few weeks ago, popular SA model, LeeAnn Liebenberg came under fire after Instagramming a shot of her toddlers in playing in a paddling pool. Considering that the attention span of the average four year old is about 20 minutes, is it really worth it?

2. Donâ€™t Slide The City Even adults love a splash when it’s blisteringly hot outside, and aÂ 304m waterslide that moves from city to city sure sounds like a ridiculous amount of funÂ -Â just not when weâ€™re staring drought in the face. Even though the event promises to circulate water to minimise usage, as well as recycle the used water once the event is complete, weâ€™re certainly opposed to adding to the crisis -Â which is why weâ€™re pleased that Slide The City South Africa was recentlyÂ postponed.Â

3. Donâ€™t wash me!
South African motorists should take tips from Californians, who are also experiencing anÂ historicÂ drought. They’ve been advised to stop washing their cars and take pride in their dusty auto bodies and grimy wheels. Alternatively, its suggested you switch to waterless car cleaning products or visit a car washes that uses recycled water.

4. Letâ€™s (not) go to the (fake) beach
Sun, sea and a whole lot of squander. This fake beach, with its foam pools and water-walking balls could have been a hit, had it not been proposed during the worst drought in decades! After coming under fire on Facebook, the organisers decided to postpone the event until we get some rain.

LIFESTYLE SHOPPING MARKET AND FOOD COURT PROUDLY PRESENTS OUR VERY OWNWATER PARK!!TRIAL RUNS THIS WEEKEND SO BRING ALONG YOUR KIDS AND THEIR COSTUMES

5. The grass doesn’t have toÂ be greener
CaliforniansÂ have been drought shaming the rich and famous for ages now but â€œgreen shamingâ€Â those who insist on wasting water on maintaining thirstyÂ decorate weeds (uh, grass) has just started to pick up in. We haven’t quite gotten to the point where we start to question our country’s dangerous grass habit, we’ve already started picking onÂ municipalÂ workers are already coming in for some flack for watering publicÂ at parks. Donâ€™t be that person. Be the person who uses their green thumb to cultivate an indigenous garden.

In the grand scheme of things though, these are small time offenders. Studies have shown that a third of all of the potable water in SA never makes it to the tap and is instead wasted or lost to leaky pipes. SA is a drought-prone country and if we’re to be water secure in the long term, we all need to do our bit to preserve water – whether that’s fixing drips and plumbing in our own homes or putting pressure on government to do more to maintain our ailing water infrastructure.