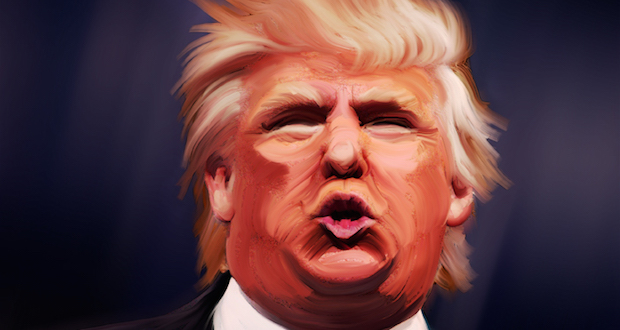 US president-elect, Donald Trump, is set to be inaugurated on 20 January 2017. No, youâ€™re not having a nightmare. Itâ€™s real. But, while presidential inaugurations are usually celebratory events, the great malaise associated with Trumpâ€™s term – and the rise in bigotry associated with it – has meant that some arenâ€™t willing to be complicit in what unfolds.

Here are five ways people are planning to disrupt, subvert, or boycott Trumpâ€™s inauguration as the 45th President of the USA.

1. Protests and marches during and around the inauguration
The largest of these is the Womenâ€™s March on Washington, which is expected to draw in around 200, 000 people. But this is just one of many planned demonstrations which are taking place all over the US.

We send a bold message to our new govt on their 1st day. Women’s rights are human rights. @womensmarch #WomensMarch

DisruptJ20, for example, is a week of demonstrations where queer activists plan on hosting a party outside the house of vice-president-elect, Mike Pence, who is known for holding strong sentiments against queer rights.

2. At least 38 members of congress will be boycotting the inauguration
Although this is a small number when considering there are 535 members of the US congress, itâ€™s still quite the statement. Many of these congress members have publishedÂ statements saying that they are boycotting the inauguration because they stand with women, Muslims, immigrants, and other US minorities that are usually the target of Trumpâ€™s anti-humanitarian rhetoric.

Representative Barbara Lee from California explained her decision: â€œOn January 20th, I will not be celebrating or honoring an incoming president who rode racism, sexism, xenophobia, and bigotry to the White House. I will be organising and preparing for resistance.â€

3. Many celebrities have refused to perform at the ceremony

US presidential inaugurations are traditionally high-profile events that feature the most prominent musical acts of the time. President Obamaâ€™s 2009 inauguration, for example, featured artists such as Bruce Springsteen, Jon Bon Jovi, John Legend, Josh Groban, Shakira, U2, and BeyoncÃ©. Yet these same artists, and many others have outright refused to attend or perform at Trumpâ€™s inauguration. Some will be performing at the protests instead.

Trump didnâ€™t take this too well, and took to his personal echo-chamber, Twitter, to vent his frustration, as he usually does.

The so-called “A” list celebrities are all wanting tixs to the inauguration, but look what they did for Hillary, NOTHING. I want the PEOPLE!

4. International demonstrations planned for 21 January in solidarity with US protests
As an incoming leader of the â€œfree worldâ€, many are rightly quite worried about Trumpâ€™s impact on the international terrain. Here are some of the countriesÂ whose citizens will be demonstrating alongside the Womenâ€™s March.

5. People calling for Obama to resign a day early, making Joe Biden president for a day
This would also mean Trump would not be the 45th President of the US, and make all memorabilia calling him that, illegitimate.

Of course, this is almost entirely tongue-in-cheek and was in fact a suggestion from a parody account on Twitter.

But hey, thereâ€™s even a change.org campaign, and the â€˜Joebamaâ€™ bromance has certainly captured peopeâ€™s imaginations.

How Doctors Discriminate Against Fat People