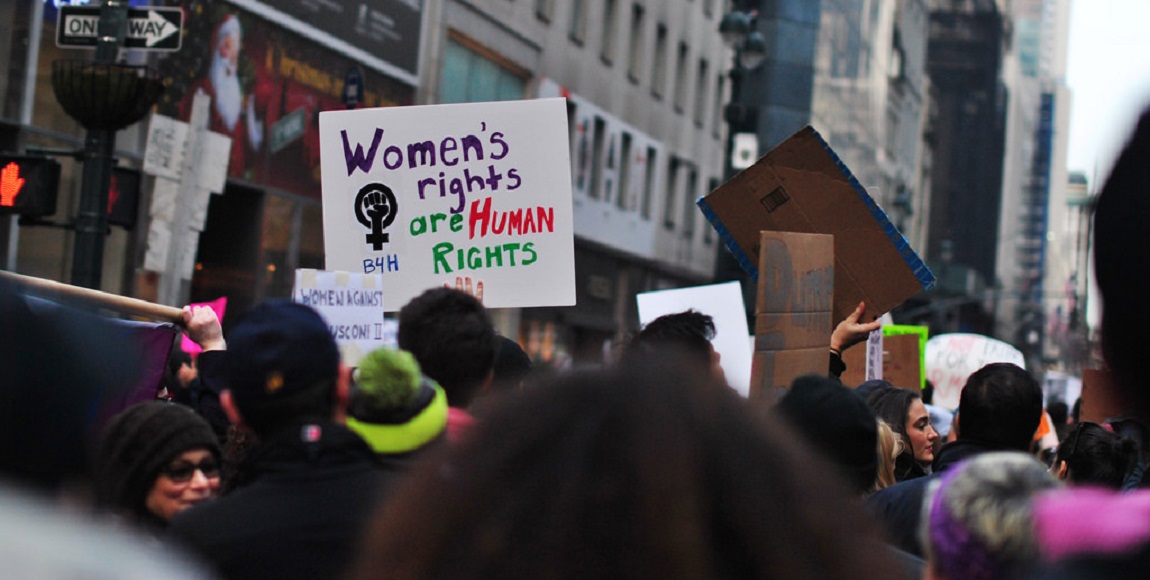 Women’s Month is about commemorating the queens among us and fighting for the equality women deserve. To celebrate the work women are doing to ensure we are all afforded the same human dignity and to level the playing fields for women in the workplace, the Daily Vox rounds up five organisations for women, led by women, that you should consider supporting.

1. Social, Health and Empowerment Feminist Collective of Transgender Women in Africa (S.H.E)
Transgender women face a disproportionate burden of HIV/AIDS cases, high levels of violence, and lack development opportunities. S.H.E advocates for a diverse feminism, and represents transwomen with a focus on the entire continent. It was created in 2012, at a time when there weren’t many organisations that represented trans women’s issues. S.H.E coordinator Leigh Ann van der Merwe told The Daily Vox transwomen are still disempowered and S.H.E is working to overcome this. “What continues to be a challenge is the hostility of other movements around the legitimacy of who is a woman and who is not.”

S.H.E has given input on national policy affecting LGBTQIA+ people and played a role in developing government’s HIV/AIDS, TB, and LGBTQIA+ strategic plans. They also host dialogues in rural communities in the Eastern Cape to address myths about transgender women.

You can volunteer your time and skills to help S.H.E with their work. Follow their Facebook page for more on their fundraising campaigns and dialogues.

2. Dignity Dreams
Dignity Dreams was founded in 2013 with the aim of providing women with free sanitary products, but its work has since branched out. The organisation trains women on how to make their eco-friendly reusable pads and how to run a business. The women sew pads and receive a commission for each pad they produce.

Dignity Dreams’ CEO, Sharon Gordon, said the women are also able to start other small businesses. “If they wanted to sew curtains, aprons or clothes, we’ve given them those skills in order to do that,” she said.

Donors pay for the production and Dignity Dreams donates the pads either to communities identified by donors or communities that have reached out to them. Gordon says they’ve received requests for assistance from communities across the country. Girls get a care pack which has three day pads and three night pads, which are biodegradable, as well as ziplock bags for storing used pads until they can be washed. All of this comes in a funky drawstring bag. “They wanted them [the bags] to be works of art so that when they were hanging up outside, they weren’t shamed,” said Gordon.

Gordon says offering girls reusable pads means they don’t have to worry about finding additional funding for disposable pads each month. The reusable pads can be used for up to five years and are easy to keep clean and hygienic. “To wash them is simple: Sunlight green soap, salt, and one cup of fresh water,” she says.

To help Dignity Dreams reach more young girls in need, you can set up a debit order to help manufacture pads. A care pack costs R199 while a single pad costs R25.

3. Soweto Women’s Forum
The Soweto Women’s Forum was started just three months ago in response to the gender-based violence plaguing Soweto women. The organisation played a major role in the #SafeTaxisNow campaign, created to address the increasing violence against women and LGBTQIA+ people on taxis. Forum member Mnakatleho Wanphutlane says the women are taking a different approach to addressing these issues. “We try to follow a bottom-up way of helping black people in communities,” Wanphutlane says.

The women are establishing a network across different sections of Soweto where the people can come together to create solutions and provide each other with support when faced with violence or abuse.

“When people come into contact with us, we get them onto a WhatsApp group. From there they tell us how they can help, then we send them to the relevant people to work in a unit,” she said.

The forum is also collaborating with the One in Nine campaign to bring self-defence classes to Soweto and is working to create awareness about Thuthuzela Centres, which provide rape victims with shelter and care.

You can contact the Soweto Women’s Forum on their Facebook page to join a unit or offer your skills.

4. Social Coding SA
Social Coding SA is training young black girls from townships and orphanages in Pretoria to become creators of tech start-ups and improve their communities. Thembiso Magajana, who founded the organisation, said the organisation is about more than just coding. “It’s about girls building the future,” she said.

Currently about 80 girls are enrolled in the organisation’s year-long programme. They meet every Saturday to find digital solutions to problems in their communities, learn about business development and modelling, and develop websites and mobile apps.

The girls are paired with a mentor in the IT industry who provides them with guidance and helps them to write their first lines of code. At the end of the programme, they are given an opportunity to pitch their product to potential investors. Magajana says they’re looking for more girls to include in the programme. They also need more investors. “Unfortunately there are very few,” she said. At their very first pitch presentation session, there were only three investors.

If you want to support Social Coding SA, you can pledge your time and skills to helping develop their young girls or offer to be an investor in the girls’ projects. Drop them a message on their Facebook page.

5. Sex Workers Education and Advocacy Taskforce (Sweat)
Sweat fights for the rights and dignity of sex workers and is leading a campaign to decriminalise sex work. The organisation believes the full decriminalisation of sex work would be “the most effective and respectful model to ensure improved access to health, justice and support services for sex workers, as well as allowing them to realise their basic human rights”.

The debate has been raging for decades, with little support from government and the public. The organisation says as many as 182 000 women and men who make a living selling sexual services in South Africa remain vulnerable to abuse. Sweat provides a 24-hour helpline to report cases of intimate partner violence, which you can call toll-free on 0800 60 60 60.

To support Sweat’s campaign to decriminalise sex work, sign their petition or become a member of the Asijiki campaign.