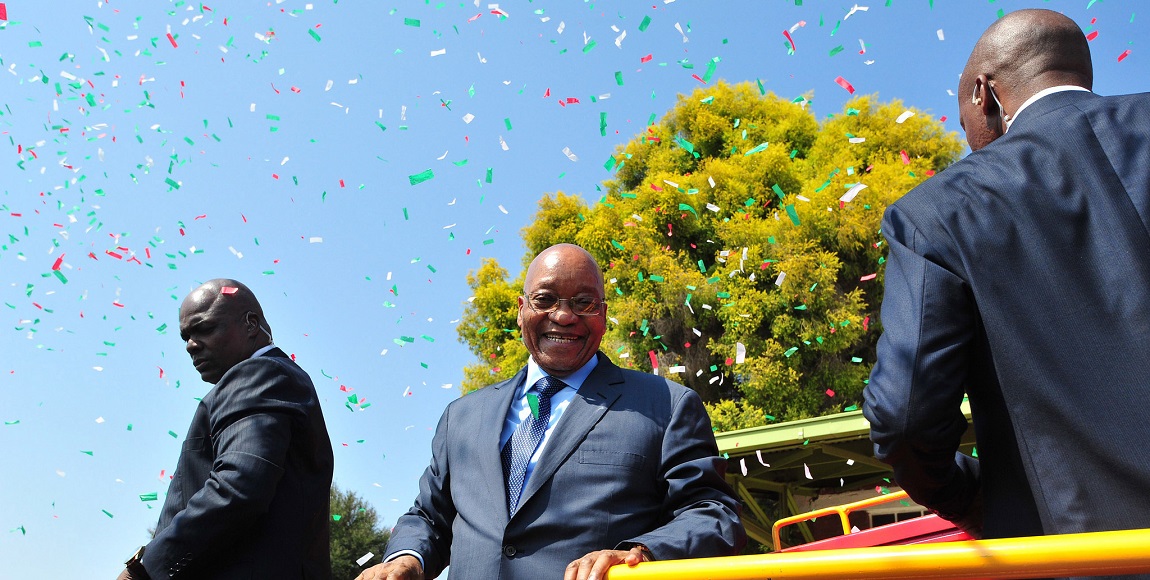 Political analyst Ebrahim Fakir believes that, for President Jacob Zuma to go before the end of his term as head of state in 2019, Cyril Ramaphosa must win at the ANC elective conference at the end of 2017. Otherwise, there is very little chance of Jacob Zuma leaving office before then.

Indications from out of the ANC NEC meeting of this past weekend show that the likelihood of a motion of no confidence succeeding in Parliament, even under conditions of a secret ballot, are extremely slim.

The “impeachment” proceedings to be argued by the EFF in September 2017, also appear unlikely to succeed – largely since the courts themselves are going to feel quite sensitive to enter into the political terrain. Damning as all the e-mails revealed over the weekend are, they are unlikely sources of evidence of the president himself breaking the law. It is evidence that (one in particular) minister(s) flagrantly broke the law – of course in service of the president and the Guptas – but it is theyÂ  and the ministers who are culpable in law – not the president (unless it can be proven that Zuma expressly issued instructions in this regard).

So the impeachment is unlikely to work.

When I was on Eusebius’s show yesterday, Maggs Naidu asked about a Zuma third term. Well, a Zuma third term is not viable for three reasons. The first is because of an ANC resolution from 2007 which says that the elected president of the ANC must be its presidential nominee for head of state. Second, because this resolution, which will conflict with the SA Constitutional two-term presidential limit, it’d be impossible for JZ, as it currently stands, to contest for a third term.
Of course, the ANC resolution can be changed, and so can the SA Constitution, to remove the term limits barrier – but the likelihood of this succeeding in the current climate of division in the ANC, both in terms of changing its resolution or supporting a constitutional amendment doing away with term limits, is remote.

Third, there is an entirely expedient strategic reason, apart from the procedural political barriers, for Zuma, unlike clever Mbeki, not to contest for a third term as ANC president. Zuma knows that if he wants to stay till the end of his term in 2019 – it is best for him and the Guptas if his proxy won at the end of 2017 at the ANC elective conference – because then he is virtually assured of staying in office till the end of his term in 2019.

If his proxy does not win, he can still turn around and say: “Unlike Mbeki, I did not contest an ANC election and therefore I was not rejected by delegates and branches. I am still the person that they chose to be Head of State till the national elections of 2019, so you who were elected at the end of 2017 must wait it out, steer the ANC to victory in the 2019 national elections and then be elected as president of the Republic. Until then, sit down and wait your turn.”

It is then that the fun and games REALLY begin – with the dawning prospect of the ANC and alliance splitting or the ANC losing its majority in the 2019 national elections.

One way or another – we’re in for a bumpy, bumpy ride.