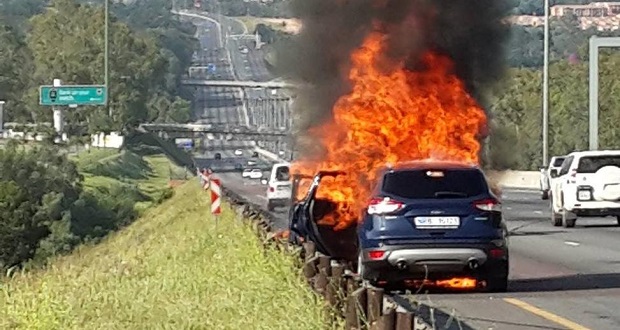 Ford South Africa has finally recalled the Kuga model after the spontaneous combustion of a number of the vehicles – placing the lives of drivers and passengers at risk – and the death of one driver, whose car caught alight while he was on holiday.

Holidaymaker Reshall Jimmy burned to death in his Kuga in December 2015, but it has taken more than 40 cases that followed for Ford to make the decision to recall its cars.

On Monday, 16 January, Ford South Africaâ€™s CEO Jeff Nemeth stated there have been no injuries related to the overheating, and that Jimmyâ€™s death was an unusual case. Yet he announced, along with National Consumer Commissioner, Ebrahim Mohamed, that the vehicles are to be recalled for safety reasons.

It is confusing that the company seems to be oblivious to the fact that, while people havenâ€™t been injured, almost fifty vehicles have caught alight due to overheating since Jimmyâ€™s death. One must ask why it has taken a year for the company to conduct an investigation and decide to recall the vehicles after the obvious risk of more deaths.

A person has died and a few others barely escaped with their lives and @Ford @FordSouthAfrica Are doing nothing about it.#FordKuga

On Tuesday, Jimmyâ€™s siblings, Renisha and Kaveen, addressed a gathering in Pretoria, after the company announced the safety recall on the Kuga 1.6 litre model, made between 2012 and 2014. After Jimmyâ€™s death, the company did not contact the family, and they say they are not satisfied with the recall decision and donâ€™t believe that the decision is enough.

Jimmyâ€™s brother said that since his death, he has been trying to get answers about the tragic incident and share information with the company, but has not been taken seriously.

On 10 January 2017, the company announced it was still looking for evidence as to the cause of the fires, and that there was insufficient data to implement a recall. At the time, Ford encouraged drivers to book maintenance checks for the possibility of engine overheating. However, according to TimesLive, Ford SA has been informed by insurance companies about the dangers of the Kugaâ€™s design since 2014, and it hasnâ€™t done anything to address this.

1 dead and 37 #FordKuga ‘s catch fire! after 1 year customers use social media to force #Ford to do the right thing: https://t.co/mT5ITGhsJ3 pic.twitter.com/1vn6P3p2KW

The family has conducted private investigations into the matter and discovered that the fire started within the carâ€™s electronic system at the front of the vehicle. They want the company to take responsibility for its negligence and dismissal of the tragedy.

The Kuga drivers who have reported similar experiences have laid claims with the National Consumer Commission. Attorney Rod Montano says he will represent the victims against Ford, including the Jimmy family, who will be bringing a lawsuit against the car manufacturer.