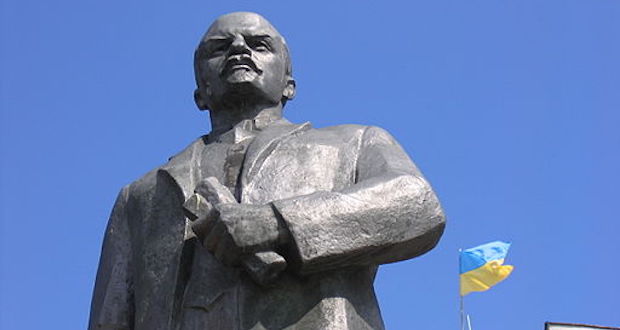 South Africa is still on a high after the success of the #RhodesMustFall movement in removingÂ the statue of Cecil John Rhodes from the UCT campus â€“ but weâ€™re not the only country debating statues that are symbols of a painful past.Â

In Ukraine this weekend, three statues of Russian Bolshevik heroes were destroyed by masked men. This came after a law was passed banning Nazi and Communist-era symbols and names.

In what looked like scenes straight out of an action movie, the statues were brought down to using ropes, ladders and vehicles. In once case police looked on passively as the vandals did their work.

Ukraine and Russia have a complex history, with the latest chapter being the Russian invasion of the Ukraine in 2014, and the subsequent annexation of Crimea.

Supporters of the new law say the banning of symbols from the Communist era could help Ukraine break away from its tragic past and the legacy of Russian rule, but the Russian foreign ministry has said that all the law will do is â€œcreate divisionsâ€ and promote a â€œnationalist ideologyâ€.

Saturday night wasnâ€™t the first time that Ukraine protested again its Soviet past by bring down statues â€“ in September 2014, a group at a pro-Ukraine rally pulled down an iconic statue of Soviet hero Vladimir Lenin.

Russia and Ukraine have their own twisted history to get past but it’s nice to know we aren’t the only country battling with questions on how to deal with the symbols of a violent and repressive past.