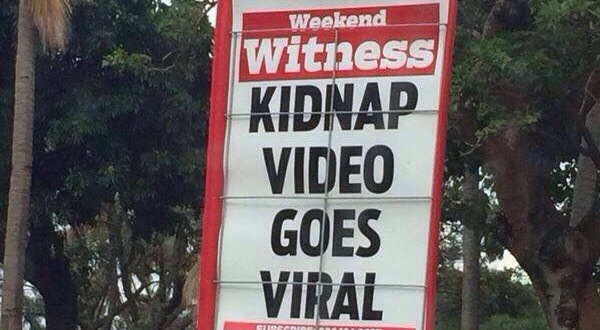 As the hubbub around Chicky Lamba and his desperadoe begins to die down, social media expert MJ KHAN reflects on four lessons we can learn from the video that took SA by storm.

With a police investigation underwayÂ and one person arrested, the #chickylamba incident has taken a serious turn. The viral video and it’s accompanying meme may have provided many laughs for South Africa in general and Muslim Twitter in particular but there are some serious lessons to be learned from this.

1. The assault on Aadil ‘Braazo’ OsmanÂ needs to be condemned in the strongest terms. Also, while it is a serious offence to threaten someone with a weapon, our criticism should also include the slaps. Perhaps we are conditioned to believe that a few smacks here and there are part and parcel of the status quo or that it can be written-off as a business expense claim for communicating with someone, but it isn’t. I fear that in all the parody, we have lost sight of the fact that we have witnessed an assault.

2. We should be making a bigger deal about Shakeel Carrim (aka Chicky Lamba) claiming that his fiancÃ© is his property. Is she like an expensive watch you remove to eliminate wind-drag from the forward momentum of a slap?Â Two grown men fighting over a grown woman this way is a bit last century. Next time sit down and discuss it over a cup of coffee.

3. The name-dropping employed here harkens to an earlier era and reminded me of the idea of a ‘back-stop’. I didn’t know it was still a thing to prop yourself up by who you know with an “I am because he is” sort of vibe. It’s aÂ very twisted sense of ubuntu, really. I imagine there’s a thug-like equivalent of LinkedIn where Ahmed Amiski endorses Ziyaad Janoo for being a desperado.

4. The ubiquity of connected devices, instant messaging services and social sharing platforms will continue to lead the way in which we consume content. FOMO is increasingly becoming a key driver for this consumption.

The mostÂ interesting about the Chicky Lamba incident is that we are sharing it in an almost rebellious fashion, as if to say, “We aren’t bothered by your status, title and long list of supposedly shady associates.” But infamy comes at a price. Chicky Lamba and his band of desperados, with their newfound cult-status, now have permanent online tattoos that can never be retracted, covered-up or removed. Their SEO rankings have been severely compromised (just try hiding this from Google). Hopefully this will serve as a reminder toÂ other aspiring delinquents that this sort of behaviour isn’t cool or laudable.

* A version of this article was originally posted on MJ Khan’s personal blog. MJ Khan has lectured journalism and media theory at fiveÂ leading universities over the past decade, and has developed course material for over 19 private institutions. A regular speaker on digital media with a focus on socialÂ media, he spends his spare time playing video games and eating chocolate eclairs. Follow him on TwitterÂ or read more from him on his personal blog.