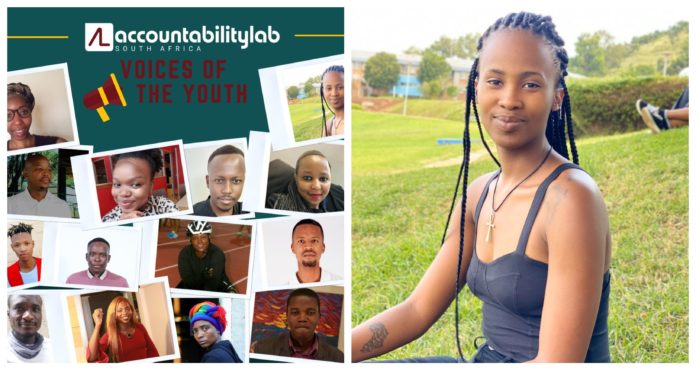 The recent riots in South Africa have revealed a lot about where the country really is. People in South Africa are hungry, and they are angry. The arrest of former President Jacob Zuma was no more than a trigger for the pent-up frustration of people who were already suffering bad social conditions which were worsened by Covid-19. Now, more people are talking about the real issues we are facing as a country – like how bad the economic situation is, and how our leadership is out of touch. Here are four major problems the riots have brought into sharp relief writes Kamohelo Motloung (she/her), University of Johannesburg.

Racialiased media narratives are distorting the picture, but social media is helping to clarify it.

Black people are being treated like we don’t deserve nice things.

The riots and destruction of malls and businesses almost destroyed our economy.  Many people have lost their jobs and small business owners have lost their stores. People in surrounding areas have nowhere to buy groceries and important infrastructure was burnt or destroyed. It may take a while before the stores are rebuilt.  The sad part about this is that the president has deployed the South African National Defence Force (SANDF) to do raids in households near the most affected areas, taking away things that they suspect the residents cannot afford. They get into your small house and then decide you cannot afford a 55-inch television because you live in a township – meaning you must have “looted” it. They are even taking blankets from people’s beds, which to me is a huge insult. It is as if they are saying black people do not deserve nice things.

When Black People With Nice Things Get Scrutinised

Our police service is weak, and our political leadership is even weaker.

Early during the unrest, we expected the police to be able to stop rioters from entering the affected business areas but instead they arrived late to these scenes when people had already damaged and destroyed the premises. We saw scenes of police being overwhelmed, with some even folding their arms and watching the chaos unfold.  Police action sometimes seemed random, with a few arrests here and there and people being charged as much as R3,000 for bail. We expected our leadership to take charge of the situation and restore public order and community safety.

Instead, many of our leaders did not take action, with some even saying things that fueled the unrest – clearly showing that they do not care about this country or its people. I think that for these “leaders”, it is all about borotho affairs – the politics of the stomach. The SANDF has been deployed to protect the already damaged malls while they are being fixed. While guarding these premises, the SANDF stops every person who is walking around without a mask on and they make them roll on dusty grounds, while they themselves only wear masks when they want to bully poor, unprivileged black people from the townships.

Youth unemployment is not helping the situation.

Youth make up 63.3% of the total unemployed population in South Africa, which is unacceptable. As a result, a lot of young people are either bored or frustrated and have a lot of free time on their hands so it was no surprise that a lot of the youth got arrested during this unrest happening around South Africa. As a young person in South Africa, I already have no hope of acquiring a job after I am done with my studies because a lot of people are losing their jobs. The youth unemployment rate, however, keeps increasing while we are working on finishing our qualifications – turning us into unemployed graduate statistics. Government is not prioritising young people and doing very little to assist us – completely disregarding that we are the leaders of tomorrow and the country’s future is in our hands.

To conclude, we as the youth of South Africa – especially graduates – are pleading with the current government to implement strategies which create jobs, internships, learnerships and other learning programs to make us more employable. We want knowledge, skills, experience and empowerment. Not just a R350 grant.