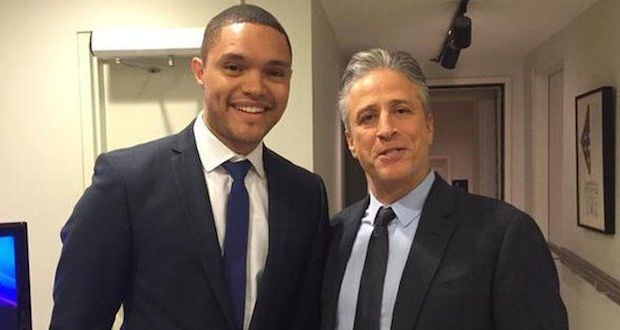 Local comedian Trevor Noah was a surprising pick when it came to replacing late night comedy stalwart Jon Stewart on Comedy Central’s Daily Show this year. Comedy Central continued to back him, even after some of his more questionable jokes surfaced online, and in anticipation of his first show, South Africans have dubbed Tuesday informal Trevor Noah Day. But is Noah the right man for the job? Here are four things that may need some (special) attention.

Noah has been one-dimensional so far
Jon Stewart is not only a comedian; heâ€™s also an actor, producer, director and writer. Noah is a local stand-up comic whoâ€™s stumbled into a few acting roles. He may be able to do some accents and drop a few punchlines but it is going to take more than that – and foremost a really strong understanding of social justice – to fill Stewartâ€™s shoes.

His jokes can be offensive
No sooner had be been announced as the new Daily Show host, than people began trawling through is old tweets for anything incriminating â€“ and they found it in tweets that were sexist and anti-semitic. He may have been forgiven for these but a lot of his repertoire continues to rely on accents, impersonations and stereotypes. That simply wonâ€™t do on the Daily Show.

Heâ€™s out of his depth, politically
In South Africa, President Jacob Zuma and various government ministers provide ample material for comedians like Noah and co. But American politics have a depth and history that Noah might not be able to grasp quickly and well enough to riff off each week. His recent segment with fellow late night host Stephen Colbert got only a few guffaws from the crowd. You have to wonder whether Noah is frantically reading up on US politics or whether heâ€™s decided to leave these intricacies up to his (excellent) correspondents.

Heâ€™s been given a poisoned chalice
Noah was far down the list of potential Stewart replacements.Â Several popular US comics â€“ including Amy Schumer, Amy Poehler and Chris Rock â€“ were offered the role and turned it down.Â Tonight Noah steps up to the desk that the sharp and witty Stewart had made his own for 16 years, and heâ€™s already been described as being â€œtone deafâ€ and unable â€œto accurately read the outrage winds that push todayâ€™s conversationâ€. He could soar, or he could go down in flames. Weâ€™re guessing, it might be the latter.