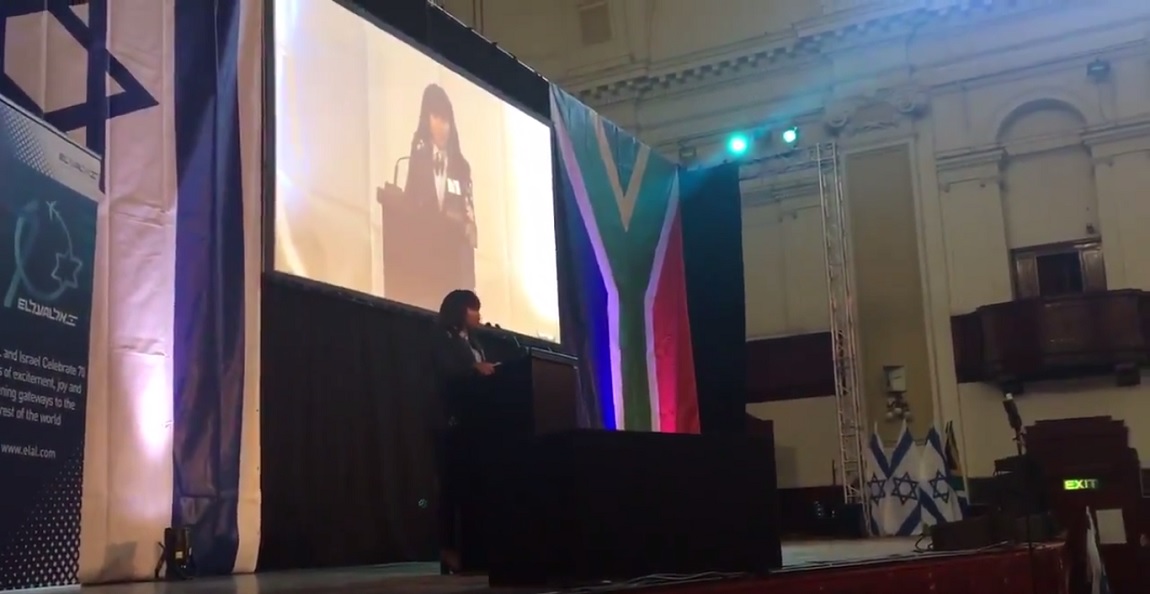 UPDATE: Suspended member of the mayoral committee (MMC) for health and social development Dr Mpho Phalatse apologised for controversial comments she made earlier this month in which she called Johannesburg “friends of Israel”.

“I would like to issue my most sincere apology to the residents of the City of Johannesburg for the confusion and hurt caused by my remarks,” she said in a statement.

Phalatse said she now realises that the Middle-East conflict is a sensitive subject that should be approached with care. She also said her remarks were taken out of context because her speech touched on the local government’s commitment to freedom, fairness, opportunity and diversity.

Mayor Herman Mashaba suspended Phalatse shortly after she made the remarks during a speech at the South African friends of Israel national conference.

At the SA Friends of Israel National Conference 2018 earlier this month, Phalatse made a declaration that sent the political parties and anyone aware of the brutality of the state of Israel into a frenzy. Phalatse declared that she and the City of Johannesburg were the friends of Israel, ignoring years of South Africa’s diplomatic policy, and apparently without mandate from the mayoral committee or the mayor.

Joburgâ€™s Councillor Mpho Phalaste: â€œI would like to declare that I am a friend of Israel, and the city of Johannesburg is a friend of Israel! Shalom shalom! #IStandWithIsrael #SAFI18 ðŸ‡®ðŸ‡±ðŸ‡¿ðŸ‡¦ pic.twitter.com/Dl9SWTDVmV

The short clip of her unmandated speech at the conference has resulted in her immediate suspension, the executive mayor Herman Mashaba announced today. “I have taken the decision, as the mayor of this city, to suspend MMC Phalatse pending further investigation into the full and proper context in which those remarks were made,” he said in a clip posted by Floyd Shivambu.

The @CityofJoburgZA MMC of Health who, without mandate, spoke in the Friends of Israel meeting and said that Johannesburg is Friends of Israel is suspended with immediate effect after the demand of the @EFFSouthAfrica. Bravo to Mayor @HermanMashaba for decisive leadership. pic.twitter.com/wU4sS5xHXm

In a press statement, the African National Congress (ANC) strongly condemned her actions and “unequivocally” distanced themselves from her utterances. “As the ANC in Johannesburg, we re-iterate our solidarity with the heroic people of Palestine. We condemn Israel’s occupation of Palestine and the systematic oppression meted out to the Palestinian people for decades,” the party said.

The Economic Freedom Fighters (EFF) Johannesburg Region, which runs the City of Johannesburg in a coalition with Phalatse’s party, the Democratic Alliance (DA), said it was “deeply disturbed” by the “chronically incompetent” Phalatse’s statements and has called for Mashaba to remove her from the mayoral committee. They called her statement “juvenile” and ignorant of the geo-political landscape of the Middle East. “The MMC has essentially in her moment of infantile fascism recognise the vicious state of Israel on our behalf and reduced the entire City to Trump’s level of political illiteracy,” it said.

As a member of the DA, people have questioned whether Phalatse’s declaration aren’t just an echo of the party’s position when it comes to Israel. The DA was critical of the South African government when it recalled its ambassador to Israel after its military force massacred Palestinian civilians in the Gaza Strip.

DA Student Organisation federal leader Yusuf Cassim said on Twitter that Phalaste’s “views do not represent the views of the DA nor that if [sic] the DA led Johannesburg.” He said that charges against Phalatse will be laid accordingly.