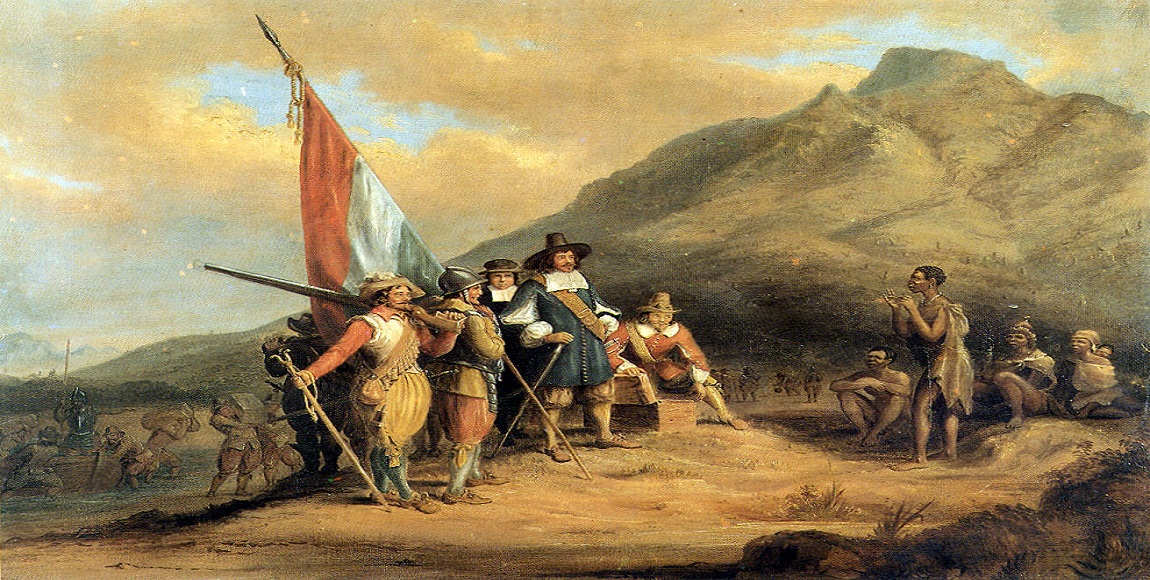 In the beginning nothing existed but the Fertile Darkness, floating on the invisible River of Time. There was no sun, there were no stars, nor the light of the moon; no earth, no brooks or rivers, no animals, no people. Nothing existed but nothingness and a darkness that overspread all.
But there was a trouble, a stirring in the darkness, a desire arose in the River of Time, a desire for something, for the Fertile Darkness to give birth to something out of nothing. It was a strange mating between Time and Nothing, but from it came one tiny spark of Living Fire. And the Living Fire was consciousness.

This story from Zulu Shaman by Credo Mutwa describes how this single instance of consciousness felt a “great loneliness” in this vast empty darkness. This is the origin of that loneliness all creatures feel when confronting the vastness of everything. Existential angst, if you will.

This spark, fought back this loneliness by acknowledging itself: “I am,” the spark wailed, I AM! Nothingness felt this Something, and did not like it, for Something negates Nothing, and Nothing wished to destroy it.

It continues to observe that this eternal battle between Something and Nothing, between Light and Dark, Heat and Cold, is the nature of existence – It is the Great Struggle on which all Life depends. Unkulunkulu (the Great Spirit) watches over this battle that must always be fought but can never be won.

The people of ancient Africa had cosmologies that were their very own. They told each other stories of where we came from. The ancient Zulus saw the Earth as a mother and cows were a gift from the gods. They sang to the crops while they were tending to them to encourage growth. They even had a contingency plan for when the fire visitors came by.

These may read like naive tales and superstitions but there are discoveries that tell us that these beliefs aren’t entirely unfounded: for example, researchers in Australia found that plants exhibit chemical changes when stimulated by touch and sound. This study confirms what Africa has known for centuries.

Spirituality for Africans was a holistic system that was used to explain and understand everything about the world. When a person became ill, it was as much the result of an infection as it was an imbalance in their life or a breakdown with one of their ancestors. African spirituality doesn’t subscribe to a theocratic system. It is more about cosmologies; the origins of the universe and ways of living – both the physical and metaphysical.

Family is an important institution. There was no distinction between extended family and the nuclear family. Everyone had a role to play when it came to raising children. In the Zulu family, uGogo (grandmother) was given the duty of entertaining children with ancient fairytales and myths. The malume (mother’s brother) taught them about the history of their tribe and family. He also gave them the sex talk.

The arrival of the colonisers to the shores of Africa naturally meant that the immigrants brought along with them their own worldviews, religions, and cultures. Professor of indigenous African religions at Harvard Divinity School, Jacob Olupona, explains that African spirituality has always been adaptive. “He sees the ‘other faith as complementing and even adding spiritual potency to his own spiritual practice.” Unlike the Judaic religions in their traditionalist attitude, wisdom for Africans was wisdom regardless of whence it came. Naturally, the immigrants’ ways became part of the African way.

This factor, coupled with the ideological hegemony that is colonialism, is what led to the almost successful colonisation of Africa’s spirituality.

Throughout Africa’s ancient past, there were foreign groups that claimed territories, but no group was more pervasive and damaging than the Europeans. They lay unfounded claim to not only to the land, its people, and resources, but also to her people’s metaphysical and spiritual worldview.

Missionaries were tasked the foot soldiers of European ideology and culture. When a missionary arrived in an untouched area, they were welcomed by the people living there, bestowing the settler with land to build their church, school, and clinic.

The missionary clinics provided modern healthcare, improving infant mortality, and the schools were where most of Africa’s resistance activists were educated. But their motives were impure: in order for them to have access to these resources, Africans had to barter their faith and culture.

The Christian missionaries held mistaken beliefs that in order to become Christian, one had to denounce one’s culture. They instilled in their lessons the notion that what was African was “heathen” and inferior. Some common adjectives used by missionaries to describe African spirituality include “vile”, “abomination”, and “witchcraft”.

The Bible was used to legitimise the oppression of Africans to Africans; missionaries preached that colonial rule was ordained by God. One missionary in Sudan, Jan H Boer, wrote: “Colonialism is a form of imperialism based on a divine mandate and designed to bring liberation – spiritual, cultural, economic and political – by sharing the blessings of the Christ-inspired civilisation of the West.”

The people they were liberating, he believed, were suffering under “satanic oppression”.

While some of the tribes of South Africa readily accepted the presence of the missionaries, others resisted. The Zulu, Pedi, and Pondo would move away from missionary settlements, and converts were either given medicine to purge their bodies, or were ostracised to living in those settlements.

Despite the continuing spread of missionary presence into southern Africa, by the time of the Anglo-Zulu conflict of 1879, very few converts had moved over to Christianity. What helped the missionaries’ cause was the leveraging of the colonised arable land.

Some African spiritual knowledge and practices in combination with Christianity were “allowed” by the missionaries. When they had trouble increasing the numbers, they would, for example, allow them to pray to the Christian God through their ancestors. Those that successfully resisted being proselytised were forced to to continue their practices in secret.

Christianity and Islam have grown exponentially across Africa. In sub-Saharan Africa – 57% of the population are Christian, while 29% practice Islam. Only 13% follow African spirituality.

A common characteristic among Africans is that they observe a specific faith while, at the same time perform some or other indigenous practice. The ritual of paying lobola to the bride’s family is an integral part of the marriage process for modern black South Africans. It is also quite normal for weddings to have two ceremonies: the white wedding performed at a church, and a traditional wedding.

Going further in the investigation of ancient African spirituality and metaphysics, there are some similarities that can be found between it and other cultures around the world. Sangomas practice meditation to get in touch with their powers. There is an energetic force called umbilini, which is described as a coiled snake at ascends through the spine when awakened. This is the source of a sangoma’s powers. Hindu spirituality also observes this energetic force and its described in the very same way. It is called kundalini. The names even sound the same.

The ability of Africans to manoeuvre their spirituality around religions is testament to the strength and dynamic nature of African spirituality. How Africans easily modify their beliefs with the beliefs of others is mistakenly seen as a weakness. This nature and attitude should be celebrated. It considers all faiths and spiritual wisdom equal and adopting those beliefs bolsters existing beliefs. We, as Africans, need to focus on renewing our appreciation of African metaphysical knowledge and remove the perceptions we adopted from European ideology about them.