Home Cultural Appropriation It’s time we talk about the racist and oppressive nature of some...
WhatsApp
Facebook
Twitter
Email
Print 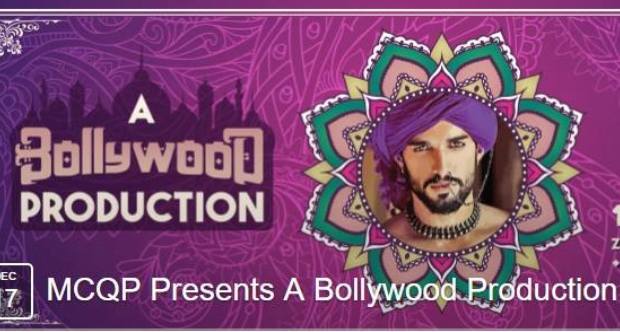 Gabriel Hoosain Khan has some words for those queer spaces that devalue and decentre cultures while simultaneously sexualising and fetishising them. Khan also describes how those spaces are oppressive in the way they police bodies.Â

A rant’s been brewing:

White gays â€“ yaâ€™ll need to sit down. Yes â€“ Iâ€™m looking at you Mother City Queer Party (MCQP), yes Babylon you too! We need to talk about your violent racism. Weâ€™ve been bringing this up for a couple of years â€“ bruh itâ€™s time, itâ€™s time hey. Yaâ€™ll need to sort your shit out.

Bruh â€“ did you even consult an Indian person in developing this idea? Or did you think the one time you watched Devdas (the SRK version of course) gave you enough knowledge to plan a party caricaturing an entire complex and beautiful and diverse set of cultures? Yoh! This is as awkward as SRK in the remake of Om Shanti Om. [SRK if you are reading this please stop playing characters a third of your age!]

Here is the deal: using caricatures of cultures including Indian cultures (I see you MCQP) or Latinx cultures (I see you Babylon) is offensive in so much as these attempts reduce entire complex cultures to offensive stereotypes. More so â€“ yaâ€™ll barely include queer/trans people of colour at your events or include queer/trans people of colour in the decision making about these events â€“ and now youâ€™d like to use these cultures for profit. Nah bruh. As a brown-skinned person, as a queer Muslim of south Asian descent â€“ culture and clothing is something I need to negotiate everyday â€“ it ainâ€™t a costume for white gays to sommer use because itâ€™s quirky or cute. [Iâ€™m also looking at the white gays sipping Kauai smoothies whilst doing hip hop yoga â€“ put that yoga mat down boo!]

We live in a world with a complex myriad of cultures – we can eat South Indian food, shop at a Taiwanese grocer and wear a kufiya. We can do all of this in a manner that pays respect to the rich histories and contexts associated with cultural food, dress and ritual. I think there are ways for example that white folk can eat biryani (we know yaâ€™ll want to anyway) and maybe even wear a Punjabi salwar kameez in a manner which is not disrespectful. But when your party is called Madness De Mayo (based on Cinco de Mayo) and you associate all Latinx culture with tequila and sombreros â€“ youâ€™re being racist as fuck.

As a queer Muslim and a person of south Asian descent I am entirely conscious of the ways my body is policed in both queer and Muslim spaces. The last time I visited Beefcakes (I ainâ€™t going back) whilst wearing a kufiya, the manager made a joke about me being a terrorist â€“ for the record that is also the least original racist joke Iâ€™ve ever heardâ€¦ When you dress up in a sari or more likely a predictable bejeweled waistcoat over a bare-chest and turban â€“ itâ€™s unlikely you would deal with any of the discrimination/violence Sikh folk wearing turbans need to deal with (on planes or elsewhere).

A couple of weeks ago I attended a #queer #muslim conference. Iâ€™ve been experimenting with the hijab, to reflect on the complex negotiation of modesty and clothing in Islam. As I spoke poetry during my performance, I removed my clothing â€“ causing some concern with the event’s MC. Eventually he rushed onto the stage (I had just taken my pants off) and covered me. He covered me with a big black cloak â€“ a cloak I had removed, a cloak heavy with preconceived notions of modesty.

It was a comic moment â€“ my comment on the hijab and modesty â€“ was reacted to in a manner not dissimilar to the gendered practices I am keen to critique as a queer activist. The practices apparent in Saudi, in Iran and even some practices here in South Africa. Negotiating my identity as a brown, queer Muslim of south Asian descent is a complex task â€“ attending a wedding, speaking Arabic and the little Gujarati I know, my cultural dress are my lived realities.

The first time I entered a gay club â€“ the longtime closed Risque â€“ I learnt quickly that it was not ok to be brown, or fat, or hairy or femme. I was carefully groomed by my elder gays for my first experience at the club. I learnt that the uni-brow must go, shaving my body hair is preferable, I should lose 15kg ASAP â€“ and skinny jeans are cool (this was the 2000s after all). Once again I had to wear a hijab â€“ I was forcibly clothed. In both places my expression was policed. It’s funny how gay spaces in South Africa are not dissimilar to other oppressive spaces in the way they police my body.

In Muslim places, my queerness, my femmeness, my non-normative dress and my immodesty is seen as unacceptable and is openly policed. In gay spaces â€“ the centring of skinny-to-buff, smooth, white-skinned, masc-for-masc gay men means that being brown, fat, hairy is deemed unacceptable. Growing up queer in Muslim spaces comes with many experiences of exclusion. My first experience was that gay clubs are carefully configured to only one kind of body â€“ a body that was not mine. I needed to change if I was to be accepted.

As I grew older, and after my first hair removal cream disaster (OMG why are these substances even legal!) â€“ I realized that I could shape my body in all its fat hairy quirkiness to be acceptable. I did this by trying my best to look like Aladdin (not unlike the guy in the MCQP party picture – awks), and boy did it work. Waistcoats, facial hair and a little wisp of chest hair in a sweepingly revealing shirt seemed to entice (white) men in those space. This was not liberating (I guess I didnâ€™t know better at that time) â€“ this was about fetishizing myself to make my body more acceptable to the white gayze of that space. My actions did nothing to change the racist nature of the space â€“ even though my sex life was spicier for a time. [Spicier as long as I didnâ€™t bring up anything political with those people who couldnâ€™t possibly be racist â€“ â€œI canâ€™t be racist I pay my maid so well!â€ â€“ {breathes deeply}].

This is the problem with the highlighted MCQP and Babylon events â€“ they donâ€™t seek to meaningfully include or engage cultural practices of the South Asian or South American subcontinents. They have not even showed a commitment to including more black/brown bodies in that space. In many ways those events are similar to the â€œI love spicy foodâ€ white folk from the northern suburbs of Johannesburg that come to Bismillahâ€™s in Fordsburg for a curry whilst simultaneously talking about how dangerous dirty and smelly and dangerous Indian folk are (by the way not all brown folk are Indian!).

The problem here is that yaâ€™ll want to simultaneously devalue and decentre cultures, whilst sexualising/fetishising them. This practice is a colonial one â€“ in so much as the conquest of the Orient (which has everything to do with my great grandparents getting on a ship to here) was about devaluing this same culture whilst fetishising it. Tons of folk have written about the relationship between fetishising cultures and colonialism â€“ so just get reading. We ainâ€™t here to be your Aladdins or the props in your Eastern celebration â€“ we will Chandramukhi your racism out here though!

This ainâ€™t about me feeling sorry for myself as a fat brown hairy queer, this ainâ€™t about a pity party for my Muslim Indian heritage â€“ this is about acknowledging that spaces such as these in South Africa (with an exception of a handful) are violently racist. This is about asking you to confront the racist nature of queer space openly and unequivocally.

This post orginally appeared on Gabriel Hoosain Khan’s Facebook page and is republished here with permission. It has been lightly edited.

Editor’s note: The MCQP posted a statement addressing the Bollywood theme mentioned in this post. You can read it here.

Featured image via MCQP on FacebookÂ