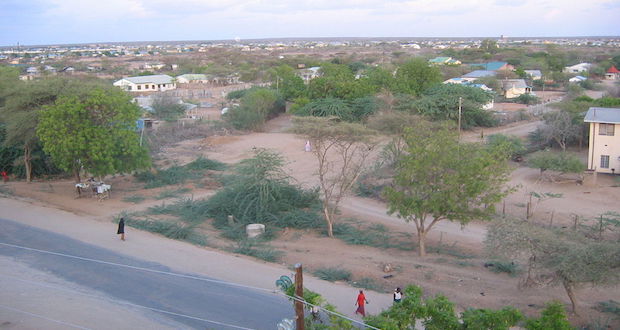 Bodies are still being recovered from Garissa University College in Kenya, where Al Shabaab gunmen are holding students hostage. As the devastating tragedy unfolds, RAâ€™EESA PATHER looks at the town of Garissa, the university, and why Al Shabaab has targeted it.

In the early hours of Tuesday morning, Al Shabaab insurgents stormed into Garissa University College, firing their guns indiscriminately. So far, 21 people have been killed in Garissa township in Kenya, and 65 others have been wounded.

This isnâ€™t the first time Al Shabaab has attacked Garissa township, the capital of Garissa County, an administrative region in Kenya. Itâ€™s a horrifying realityÂ but, due to the townâ€™s close proximity to the Somali border, it might not even be the last time Garissa is attacked.

A history of violence
The Somali border is just 200km away from Garissa, and despite the numerous checkpoints between the town and Somalia, the border remains porous, leaving the county open to attack. Over the last two years Al Shabaab has managed to enter Kenya from Somalia, where they are based, and breed chaos and destruction, without much difficulty.

Six months later, on 4 January 2013, Kenyans in Garissa experienced a devastating start to the new year when a grenade was flung from a car into a tent where people were chewing khat.

In February that same year, an administration police sergeant was assassinated, and in April six people were shot dead, and 10 injured when four gunmen walked into the Kwa Chege Hotel and began shooting.

Kenyan troops are now serving in the African Union Mission in Somalia (Amisom), and their continued presence in Somalia is one of the main reasons Al Shabaab attacked the Westgate shopping mall in Nairobi, Kenya, in 2013.

With the steady continuance of the violent campaigns, Kenyaâ€™s security forces have come under fire â€“ with many blaming what they believe is a lack of security for the attacks â€“ and the most recent horrific assault at the Garissa University College has been no different.

The university teaches both Muslim and Christian students, and it is believed this is one of the reasons why it was targeted by Al Shabaab. The group is holding Christian students hostage, while Muslims have been freed. More than 600 students are unaccounted for.

There was Intel that a Kenyan University was going to be attacked but nothing was done #GarissaAttack pic.twitter.com/Ho5f5FaxVR

Prior to the attacks, the University of Nairobi, Kenyatta University, and the United States International University issued warnings and notices that a security threat might be imminent.

Students, however, thought that it was an April Foolsâ€™ joke, and even though suspicion unfolded in Garissa, the attackers were still able to get inside the university.

â€œSome strangers had been spotted in Garissa town and were suspected to be terrorists,â€ Grace Kai, a student at the Garissa Teachers Training College which is located next to the university, told Reuters.

â€œThen on Monday our college principal told us … that strangers had been spotted in our college … On Tuesday we were released to go home, and our college closed, but the campus remained in session, and now they have been attacked.â€