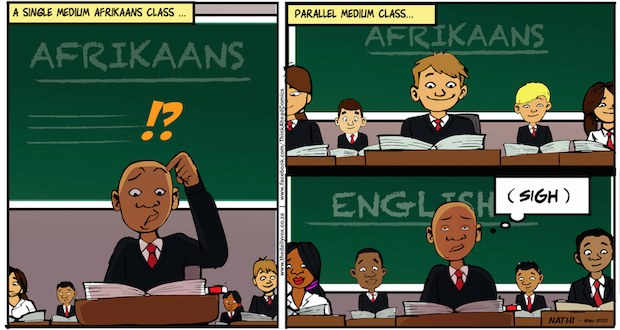 The power of school governing bodies to decide which students to accept based on school admissionÂ policies is in the spotlight again, after the Federation of Governing Bodies of South African Schools (Fedsas) won an urgent interdict from the South Gauteng High Court, in which a judge ordered that schools can draw up admission waiting lists based on criteria such as language.

The case calls to mind the divisive 2013 trial involving Rivonia Primary School which went to court to protect its right to maintain a student/teacher ratio of 24:1. The Gauteng education department challenged this, saying that the school’s internal policy could not be used to exclude learners who lived in the area and needed a spot at school.

Gauteng MEC Panyaza Lesufi has said that some Afrikaans schools, which are operating below capacity, use their language policy to exclude non-white learnersÂ whose parents are forced to search for schools far from home for their kids.

Issues like these will only be resolved once the education department begins to address the shortage of schools and teachers in the country.

Parallel medium schools could provide a solution – of a sort – to the question of underutilised schools. But there will still be something not quite right about having a school whereÂ kids are split into classes along what will, in effect, be racial lines. Anyone remember the Curro School debacle from earlier this year?