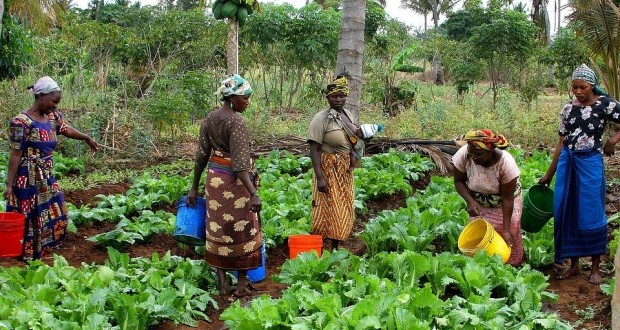 SwedenÂ is trying to understand gender equality in South Africa and they are asking South Africans to help by telling the stories of a skewed society through the cameraÂ lens. MBALI ZWANE has the details of a new photo competition being run by the Swedish embassy in South Africa.

â€œGender as it functions today is a grave injustice. I am angry. We should all be angry. Anger has a long history of bringing about positive change. In addition to anger, I am also hopeful, because I believe deeply in the ability of human beings to remake themselves for the better.â€ â€• Chimamanda Ngozi Adichie, We Should All Be Feminists

Whether youâ€™re a professional photographer with a DSLR or photo enthusiast with a camera phone, the embassy is asking South Africans to interpret “Gender Equality Today” with an expression of your choice to help them know how best to tackle the issue in South Africa. The photographsÂ can be artistic, documentary, commercial, funny, sincere or angry, depending on which side of the bed you woke up on.

Speaking to Al Jazeera last year,Â Margot WallstrÃ¶m, Sweden’s minister for foreign affairs spoke of her much touted “feminist” foreign policy.Â Â She said,Â Â “It is an analysis and also a practical tool. It’s not a magic wand. It is not a set list of political views or positions.Â The analysis has to do with the fact that even though we have this very ambitious goals and targets when it comes to, for example, the rights of the girl child – we have wonderful, almost poetic language in the Beijing declarationÂ for example – but girls are discriminated against around the world.

“It’s a kind of reality check, as an analysis of the world.”

â€œUnderstanding gender equality will assist us to approach and pursue our advocacy work in a conscious manner. It will enable us to properly apply feminist analysis in issues involving women while finding a way to fight for them. Itâ€™s not us telling you anything, itâ€™s us asking that you show us what issues we should be discussing.â€

The finalists and winner will be named by a jury of renowned photographers and curators, including Lerato Bereng, curator and associate director at the Stevenson Gallery in Johannesburg, Swedish photographer and filmmaker Tora MÃ¥rtens, and Swedenâ€™s Ambassador for Feminist Foreign Policy, Ann Bernes.

The winner will be awarded a trip to Stockholm to meet with Swedenâ€™s Minister for Culture and Democracy, Alice Bah Kuhnke. All finalists will have their photos exhibited and be invited to the grand opening of the exhibition. They will also have the chance of being published.

Entries must be received on or before International Womenâ€™s Day, March 8th 2016, so if you want the chance to win a trip to Sweden, get snapping!