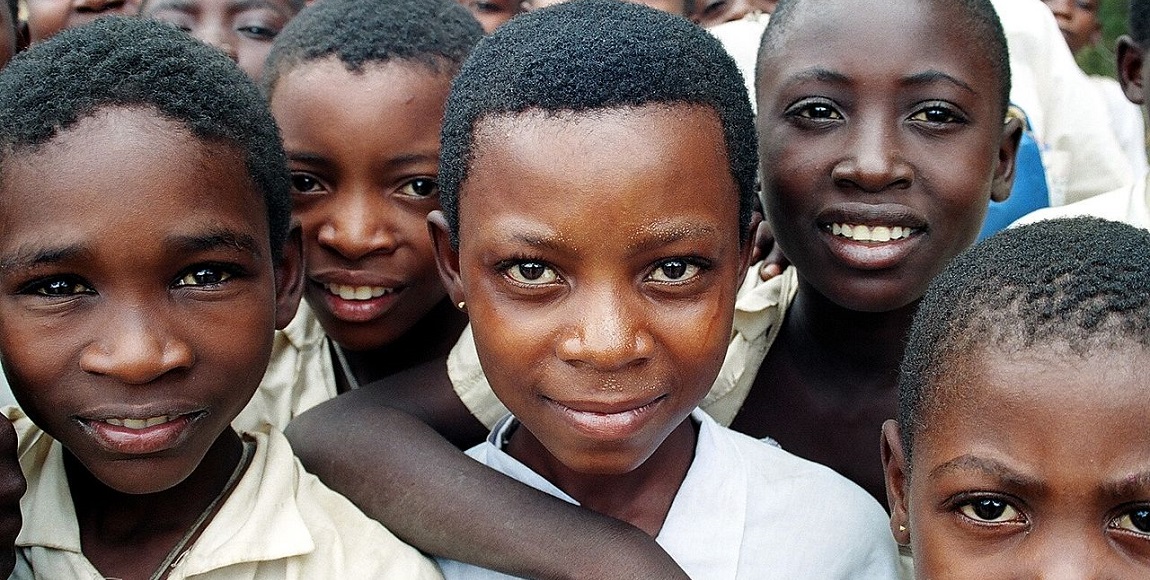 A day before the launch of Unicefâ€™s Generation 2030 Africa 2.0 report, a pan-African delegation of young people gathered at the South African Institute of International Affairs (SAIIA) to find solutions to the challenges in their communities. Guided by the report, they debated and negotiated into the evening on Wednesday about what should be in their statement of intent, which was read out at the reportâ€™s launch on Thursday.

The Daily Vox had the opportunity to speak to some of the delegates. We asked them what major challenges the youth in their communities faced, what they think can be done to combat these issues, and how they envisioned Africa in 2030 if their leaders implemented the reportâ€™s recommendations. Marie Emelliene Adiko, 21, Unicef U-Reporter, CÃ´te D’Ivoire
People were not taught to make the right choices in politics so we have a situation where representatives are voted based on ethnic groups or personal affluence. Itâ€™s very difficult because public voices are not put in place to be empowered.

We should reform the education system. There is no equality in the education system and also we should educate people to make the right choices. We should educate young people so they know they should put the country first because many of them donâ€™t know their rights, how to choose, and to know that they can say what they want. Many of them donâ€™t know how to express themselves because they were never taught.

Unemployment is a great problem in Ivory Coast. Those who are educated fly away. They go away and those who are not educated also go away so finally we have a brain drain. We have people who die in this way because they want to reach the other continent. This is the major problem facing the youth because of social tensions. We have the fear of the political tensions with people from the north and the south.

Iâ€™m for transparency. My methodology is about educating people. Iâ€™m telling people you should vote because of the candidate, not their ethnicity, and that bothers people because they donâ€™t want people to know the real rights. I go to the poorest places and educate people on their rights. When I went to a neighbourhood in Abidjan, I spoke to a group of women who never went to school, who donâ€™t even speak French. They didnâ€™t even know they had the right to talk to the representatives about what they want. We are trying to educate these people to make better choices for themselves and for their children. Albertina Zandamela, 18, radio producer, Mozambique
We have many difficulties. Right now we have education that is not available for every child or young person. We also have problems where female students donâ€™t know about education and we have what we call premature marriages. We also have a lack of libraries and books in those libraries where they can find materials for their research. We also have problems with transportation to schools, the fact that kids have to walk long distances and then lose interest in school. And lastly, we also have lack of desks. Kids sit on the ground and that is also a problem for us. So we need the government to support us.

In Mozambique, we have loads of programmes for the youth regarding empowerment and personal gain. Those opportunities and platforms are there to express their concerns and their needs, and in that way the youth can have a better mindset for the future and a better life. Lee-Ronique Hannies, 13, grade 8 pupil, South Africa
I come from a very small town in the Eastern Cape and I would say the biggest issue is teenage pregnancies and this is an issue that is very close to my heart as I believe all girls, all women, should be empowered. This slows down that process.

The way that girls are taught about sex in schools, from our parents, from everyone in our community is that they just tell you not to get pregnant. That method is not working out and we should teach independence more than we teach them to abstain because I feel this approach will work better.

Teachers would have to teach independence and not just what the textbook says. Parents would have to adapt to teaching their girls about independence. I feel the beliefs of the community might come across as a problem but itâ€™s nothing we canâ€™t work past.

Iâ€™ve always had this theory that Africa will be the richest ever and I feel like thatâ€™s what will happen. Thereâ€™ll be endless possibilities for every single member of the youth, just people who will break all the rules of conformity and all barriers the world has set for them. Ruth Chavula, 23, journalist, Malawi
The foremost challenge we have in Malawi is unemployment. We have plenty of graduates but there is no space for them. Another challenge is the issue of maternal health for young children and women. We need to have more sexual reproductive health centres that are more friendly for the youth so that weâ€™ll be able to access those services without being stigmatised.

When it comes to youth-friendly sexual health centres, youâ€™ll find that in the community where I want to construct the health centre, other cultural beliefs hinder that. When you talk about things concerning sex, itâ€™s a taboo and itâ€™s restricted. We should use those already existing youth clubs already in our community to make these centres. We should take them and make them more better instead of just constructing a new building.

For the unemployment part, we should have an entrepreneurship spirit instilled in us when we are still young, maybe into our schools. Our curriculum should include entrepreneurship and should be taught as a step to get employment. When I finish school, Iâ€™ll be able to employ myself, have my own skills, and make a company instead of relying on the government or business to employ us as the youth.

The challenges with dealing with unemployment would be political will. For instance in our country, a lot of people who are in good posts are old people. The very first thing the government should do is try to remove those older people. They should retire and give some space to the youth. Kabelo Mofokeng, 19 BA Law student, South Africa
In my community, there is a lot of teenage pregnancy, underage drinking and teenage violence.

A solution to the problem is active conversation. Young people getting into conversation and talking about the problems they are facing because in all those problems Iâ€™ve mentioned there are underlying causes. Young people indulge in underage drinking because of problems at home. At least if they get that opportunity to sit down and actually talk about these issues maybe we would find a solution. If you engage a peer youth, youâ€™ll learn that they want to engage with peer educators.

Not everyone easily opens up. Thereâ€™s a deeper root to every problem that comes up so to really get that person to trust you with their issues is one of the major challenges because they get trust issues; [they ask] â€œwho are you going to tell after this? Are you going to tell my parents because itâ€™s just me and you,â€ so these are the issues that you really have to tackle.

I see Africa where no one is left behind, an equal Africa. I see a continent without secrets, where everyone gets to interact with everybody. And the other aspect that I love is every child is like the communityâ€™s child where we achieve the ubuntu aspect.