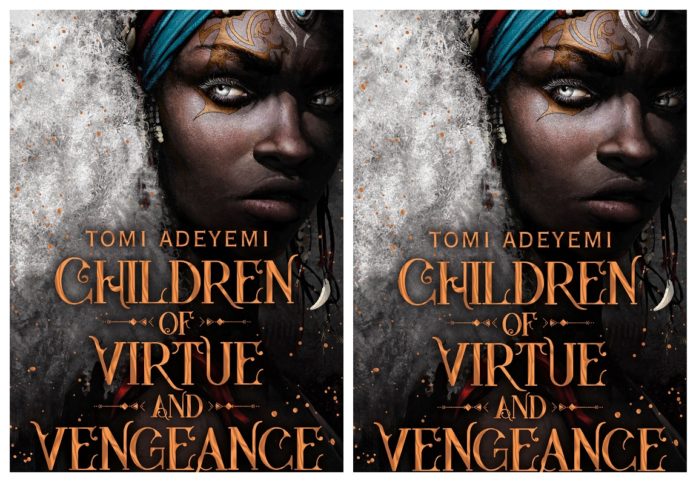 Do yourself a favour and get stuck into Nigerian-American author Tomi Adeyemi’s The Legacy of Orïsha series.

The trilogy set in the mythical land of Orïsha centres around Zélie Adebola, a young girl whose mother was killed for her magic. We meet Zélie as she begins her fight against the oppressive monarchy and attempts to bring back magic to the land. Are you not already tempted?  By FATIMA MOOSA and SHAAZIA EBRAHIM.

The book series is based on West-African mythology and was inspired by the Black Lives Matter movement. Adeyemi said in an interview that while the book is a fantasy series she wanted people to know that there are real lives behind the story. While her books are centered in a fantasy world, they deal with some very real-life themes. Adeyemi writes brilliantly about issues like colourism, class, oppression,  and torture. This is plays out against the background of the battle between the monarchy and the lower class people.

The book centres African mythology — which is the best thing ever.

The people with magical powers in the book are known as magi and they summon their magic using incantations. But unlike most magic books, these incantations are in Yorùbá, a language spoken by people belonging to the Yorùbá people. Representation matters and Ademyemi beautifully allows readers to experience West African culture through her description of language, food, clothing and traditions.

The series was written as a form of activism for black people and against police brutality.

After a trip to Brazil, Ademyemi was inspired to write the series. “I was in a gift shop there and the African gods and goddesses were depicted in such a beautiful and sacred way … it really made me think about all the beautiful images we never see featuring black people,” she said in an interview with The Guardian. The reason she wanted to write an epic tale with roots in West Africa was in response to police brutality. She also wrote the book set in West Africa to escape the helplessness and fear she felt at the hands of police brutality, telling Cosmopolitan: “What is the point if my life ends at the barrel of a police officer’s gun?”

Girls run/save the world in the series and we’re here for it.

Prepare to fall in love with Amari and Zélie, women protagonists in the series. Both come from completely different class backgrounds: Amari comes from a family of dictators who are oppressing Zélie’s family. Amari is the crown princess of Orïsha, who first seems soft-spoken and timid but while still being gentle is actually pretty badass. On the other hand, Zélie is mischievous with a quick temper and is full of good intentions. Zélie always knows about her magical powers and Amari is still discovering hers. But both are excellent warriors, brave and witty. Their friendship, while borne from enmity, is beautiful.

Tomi Adeyemi is just a cool person in general.

Did we mention that Adeyemi is only 26 and a member of a number of dope fandoms including SEVENTEEN’s Carats, Beyoncé’s BeyHive, and BTS’s ARMY? She’s also a fan of South African activist Zulaikha Patel. In the first book one of the young leaders of the magi is a young girl named Zu. Adeyemi said she was inspired by the brave Patel who stood up against the oppressive hair policies at her school.

The second book in the series, Children of Virtue and Vengeance, is out now in good bookstores everywhere.