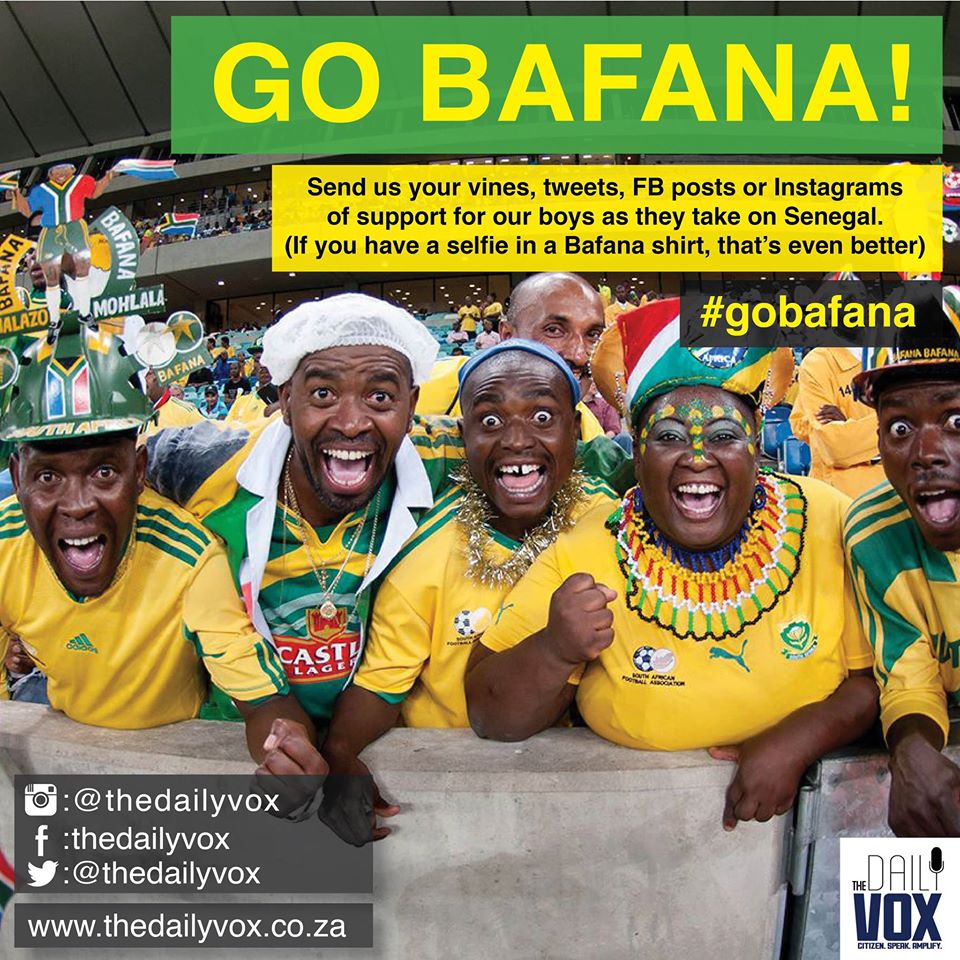 Bafana Bafana have a must-win game tonight against the Sengalese Lions of Teranga. Our readers sent their wishes of support.

It started off, as they say, with a bang.

"We worked hard to be in Mongomo this time! All the best for this living Bafana team!" – Nobulelo Thabane in Johannesburg shows some love for #BafanaBafana! #GoBafana! Send us your photos, videos and messages of support using #GoBafana on Facebook, Twitter and Instagram (@thedailyvox). Go Bafana!!!!

Others not so much

And then came the crazies

Ok Bafana, tonight you have one mission and that is to unbreak my heart! Letâ€™s GO! #GoBafana #AFCON2015

Of course, what would life be without a coach? And a tinge of nostalgia?

#GoBafana !!! We surely can beat Senegal. All we need is Tshabalala on the left wing and the ball passed from the right @thedailyvox â€” M Zakaria Suleman (@ArbstrakZak) January 23, 2015