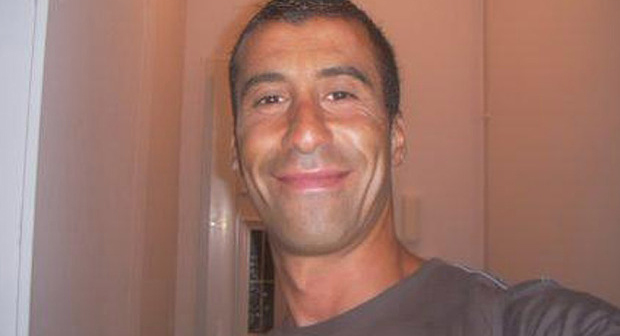 A victim â€“ and a hero â€“ of the recent attacks in Paris have been singled out in media coverage as examples of â€œgood Muslimsâ€. THERESA MALLINSON argues that fetishising the victims and heroes is not just another form of bigotry â€“ itâ€™s also bad journalism. Why not focus on their humanity?

Since the horrific attacks in Paris last week, there have been several calls for Muslims â€“ individually and as a community â€“ to apologise for these acts of terrorism. There have also been many explainers demonstrating that such demands are bigoted.

So having established that Muslims shouldnâ€™t be asked to apologise (which is fairly obvious), a new issue has emerged. The very outlets railing against the so-called bigots have now turned to celebrating

In case you havenâ€™t heard: Ahmet Merabet â€“ the policeman shot by Cherif and Said Kouachi as they fled the scene of the attack on the Charlie Hebdo offices â€“ was Muslim. So is Lassana Bathily â€“ the hero who hid customers in a cold-storage room during Amedy Coulibalyâ€™s attack on a kosher supermarket.

I kid you not. The web is replete with several references to this so-called irony, and Iâ€™m struggling to understand it.

How is Merabetâ€™s death any different to that of Clarissa Jean-Phillipe, the policewoman gunned down by Coulibaly on Thursday? I havenâ€™t seen any articles referencing her religion â€“ itâ€™s seen as irrelevant â€“ unlike Merabetâ€™s.

Why do we need headlines like: â€œThe Muslim Cop killed by terroristsâ€? Doesnâ€™t a cop â€“ killed by an assailant â€“ merit a story in and of itself?

The fact that Merabet was Muslim is noteworthy only as a reminder that Muslims throughout the world are targeted every day by radical groups with a political agenda â€“ not because it is somehow â€œironicâ€.

This idea of differentiating â€œgood Muslimsâ€ from â€œbad Muslimsâ€ has long been an obsession of the West, and continues today, even after Mahmood Mamdani devoted a whole book to calling it out:

â€œ…unless proved to be â€˜goodâ€™, every Muslim was presumed to be â€˜badâ€™. All Muslims were now under obligation to prove their credentials by joining in a war against â€˜bad Muslimsâ€™.

Letâ€™s look at the case of Bathily, the supermarket hero and the latest â€œgood Muslimâ€ poster boy. Whatever his race or creed, his actions are clearly praiseworthy. But Iâ€™ve yet to find a single article online that doesnâ€™t reference his religion.

Conversely, Iâ€™ve yet to find even one article about Michel Catalano, who was held hostage by the Kouachi brothers at his printworks at Dammartin-en-GoÃ«le, that states what â€“ if any â€“ religion he practices.

Thereâ€™s a double standard here. Why are Merabet and Bathily framed in terms of their religion, when we are not told the religious affiliations of Jean-Phillipe and Catalano?

In describing Merabet and Bathily as Muslim, thereâ€™s an implicit assumption that is left unvoiced: Merabet was killed even though he was Muslim; Bathily was a hero despite being Muslim.

In a seeming act of self-sabotage, the media houses and journalists that purport to frame the story as one that has little to do with Muslims or Islam have done precisely that.

But Merabetâ€™s fate and Bathilyâ€™s action are not unusual. Throughout the world, many Muslims are killed each day by other Muslims in the name of money, power, religion â€“ even smarties; equally, many Muslims commit heroic acts in the face of armed groups or oppressive government and military regimes. And, like all humans, many other Muslims just watch, ignore or do nothing.

Even Muslims themselves have fallen into this trap. Whereas many Muslims were quick to point out that the attackers and hostage-takers did not represent them, others were prompt to state the cop and the hero, in particular, did.

I grieve for Ahmed Merabet â€“ as I grieve for all those killed in the recent attacks; I celebrate Lassana Bathily â€“ as I celebrate all those in France who have displayed bravery over the last few days â€“ not because they have have shown what it means to be â€œgood Muslimsâ€, but because they have shown what it means to be good humans.