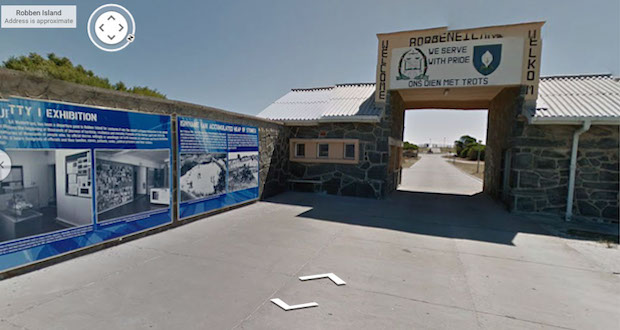 Google has given the infamous apartheid-era prison on Robben Island a modern twist: with Google Street View, you can now tour the prisonÂ from your laptop.

At the height of apartheid, Robben Island was shrouded in secrecy. After democracy the gates of the prison were thrown open to tourists and learners but they still had to make way to Cape Town first and hop on a ferry to get there. Now anyone with an internet connection can visit the island.

Using Street View, pupils across the country and history buffs around the world can now take a virtual step into the prison.

â€œIt’s at the bottom of the world,â€ said Google spokesperson Mich Atagana. â€œA lot of people can’t afford to make the very long trip, so we wanted to replicate the tour for them so they could learn about this very important part of our history.â€

Vusumsi Mcongo, a former political prisoner who served time on the island, guides the tour from Nelson Mandelaâ€™s prison cell to the lime quarry where prisoners were forced to do hard labour in the blistering sun or in driving rain. So far, the tour has been called â€œthe most comprehensive online tour of Robben Island to dateâ€ and even Ahmed Kathrada, a former Robben Island inmate and one of Mandelaâ€™s closest friends, approved of the site.

â€œNot being able to see or interact with children for 20 years was possibly the most difficult thing to endure during my time on the island. Thereâ€™s a poetic justice that children in classrooms all over the world will now be able to visit Robben Island using this technology,â€ Kathrada said in a statement.

You can take the Robben Island prison tour here.