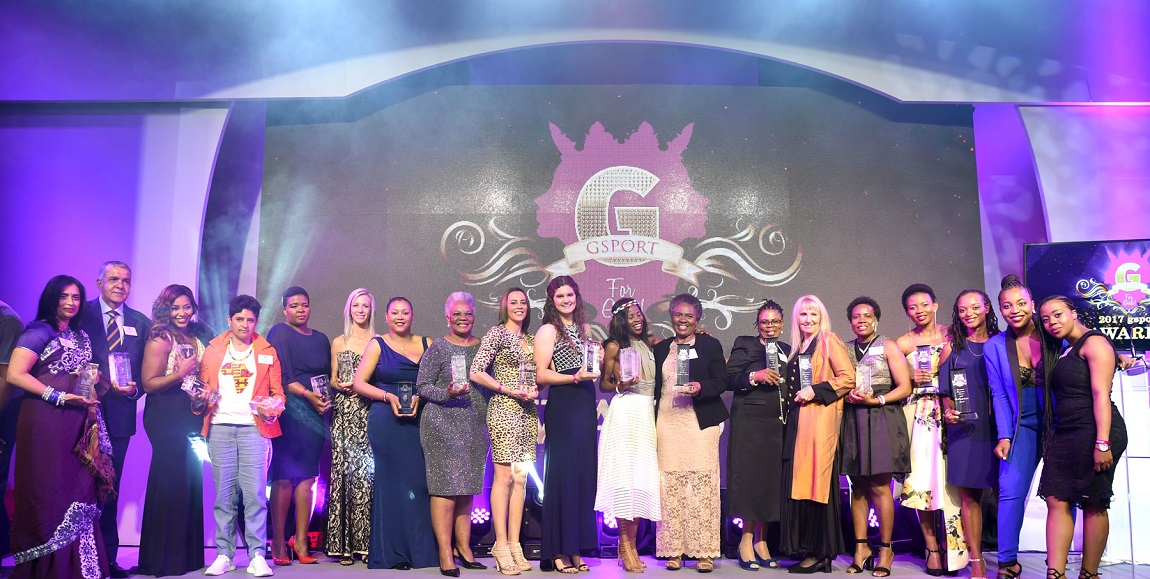 Gsports is a non-profit organisation which was started in 2006 with the aim of increasing coverage and attention around women in sport. On 23 May, they announced that nominations for the 2018 Sports Awards were open, calling on the public to nominate their women sports heroes of the year. The Daily Vox sat down with one of the founders, Kass Naidoo, to find out more about the organisation and the awards.

Tell about your inspiration behind starting gsports?

So I had a really great job at SAFM and I had just won Sports Presenter of the Year, and I handed in my letter of resignation. We decided we wanted to do something for women’s sport. It was too expensive to publish so we taught ourselves to build a website. I am a journalist by trade so we started writing the positive story of women’s sport all those years ago.

What do you think needs to change for women’s sports to better represented and paid?

Everything. Do you know when you go into a house and you think we can definitely work with this but we have to demolish everything else and start again? You almost get that sense of environment in some women’s sports that we have to change the mentality. Gate ticketing of women’s matches that requires an audience, that requires you to back women’s sports and attend the games. That’s one area. Commercially, women’s sport is far behind men’s sports and as gsports we struggled to get financial backing because everyone is like if you can change it into a men’s and women’s initiative, then we’ll support you. So we’ve struggled to keep women up there. What I have found is unless you’re something daily, you can shift the goalposts. It’s like a massive boulder that you’ve got to push up a hill and you’re damned if you do and damned if you don’t. So as I say unless your heart is in, women’s sport is not for you.

What do you think is holding back women’s sports? Does patriarchy play a role?

I can’t believe that. Having broken through and gotten in to a male-dominated environment in cricket commentary, I say anything is possible. I think collaborations is the word I am using strongly in 2018 because with limited funds and limited resources, wouldn’t it be better to expand the field this way (sideways) rather than everyone going up? I think what women’s sport requires is a neighbourhood where we can rely on each other. Worldwide in Australia, in England, in India they are launching campaigns to say show up for women’s sports matches. You want to see a full stadium so sponsors will be saying why aren’t we there. In general women’s sport is lacking serious coverage. Online has helped us.

What has been your proudest moment with gsports?

I think two major ways. One is telling the story and backing the story even though there was no real backing. Unless we had these skills, we wouldn’t be 12-years-old this year. You almost need to want, need to live it, and gsports needs to tell the story. We are like a library for women’s sports. gsports was one of the top search engines during the 2012 Olympics and we were so delighted. So telling the story that the first things.

And then the second one is at the time in 2006, Penny Heyns was the single biggest woman sports brand even though Natalie du Toit had done well, and Caster was still to come. So we called her and she allowed us to use her name to say I back gsports. She inspired it. We handed her the Hall of Fame award and it launched the gsports awards. We didn’t realise gsports would play a significant role in honouring role models and icons. Unless young girls have women to aspire to be like, we’re going to want to be like men because those are the role models the media puts out. We’ve realised that women in their 60s and 70s who have never been honoured come up for the awards. It is love on another level. I think we don’t realise the little things we do to make people realise their potential is so important.

This isn’t just a website. We’re also a counselling service. If there is an athlete who requires PR advice, we advise her free of charge. With the Caster Semenya situation, we’ve put forward our services free of charge which she has used from a social media perspective. I think it’s important we have a sisterhood of women’s sport. I’m encouraged by where things are. I also feel Rome wasn’t built in a day so if we’re expecting women’s sports to do that, it won’t. Our daughters and our granddaughters are probably going to reap the benefits and we are the bricklayers.

Tell me about the awards and nominations.

We opened nominations yesterday. We’ve got over 50 on day one so good luck to our judges. We’ve got 18 categories that the public can nominate in. Every year we’ve had to increase the categories because of interest. This year it’s Women in PR/Sponsorship who are leading campaigns to promote women’s sports. Nominations are until the 18th of June, then we sit down and put together categories for the judges and they pick the top three. The public love voting. They crash our website. Then 20% of their vote is added to the judge’s vote. The winners will be announced in August.

What has been your greatest achievement at gsports?

That we keep going. There have been times over the years where there has been no money and family and friends have stepped in and funded the awards; made sure it happened. Life is about keeping going. High points are great but I generally learn a lot more when things are not going well for us. Those are the moments that I cherish. We’re hoping we can get more support. If you look around the country, most sports MECs are women so if women are in decision-making positions, we should be making the decisions for ourselves.

You were the first women of colour in sports presenting. How did that make you feel?

Like I hijacked an entire industry and nobody figured it out. I had a bloody-minded dream at 14 about wanting to be a sports commentator after hearing a black woman commentate, and in 1992 let’s be honest that was rare. I was so taken by her voice and warmth and Donna Simmons is still my hero. So I said I have to do it and my mother being my mother said there are no black people in cricket, what are you as a 14 year old going to do? And that was the challenge set. It motivated me more. When I actually achieved it, it was a bit of an anti-climax. But when I saw the response from the public I realised that sometimes one person can really change a lot of perceptions. I think I changed perceptions and that was that cricket was for everyone. I tried to find the heart in the game and share it with everyone.

Have you had any bad moments in your career? And advice your young women?

I don’t have bad moments. I have moments in my career that define and teach me a lot. My time in the commentary box has taught me that nothing is impossible. I have had low moments where I haven’t felt good enough, when I suffered imposter syndrome, but I stuck it out because I believed in it. The moment you decide not to take it personally, you can learn. As soon as you take it personally, you become the victim.

Never stop. Unless you don’t want to. AB doesn’t want to do it anymore. Can we say stay, can we beg him? We can’t. When your heart is no longer in it, you have to leave. But never ever give up. Work while you wait for your big opportunity.