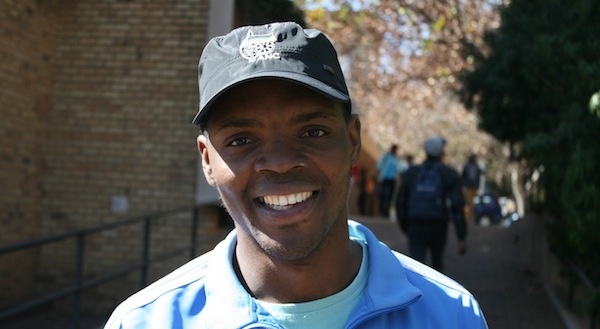 Getting kicked out as president of the Wits Students Representative Council Â wasnâ€™t enough to make Mcebo Dlamini stop with the anti-semitism. In fact, heâ€™s just dug his heels in deeper. â€™

After a contentious PowerFM interview a few weeks ago, in which he referred to Jews as â€œdevilsâ€ who are â€œhypocriticalâ€, â€œgood for nothingâ€ and â€œuncircumcised in the heartâ€, Dlamini is now facing charges of hate speech, inciting of violence and crimen injuria from the South African Jewish Board of Deputies (SAJBD).

Dlaminiâ€™s most recent comments have been added to the existing charges the SAJBD has before the SA Human Rights Commission. The SAJBDâ€™s Jeff Katz told The Daily Vox that they hope â€œultimately, for (Dlamini) to appreciate the harm caused by his wordsâ€ and for him to apologise to the South African Jewish community.

But Dlamini said he has no intention of apologising and instead told The Daily Vox that the SAJBD â€œwants to abuse the Human Rights Commissionâ€.

â€œI donâ€™t have time to (worry about) hurt(ing) certain communitiesâ€™ feelings; I have everything to do with the black majority of the youth who are still struggling even today,â€ Dlamini said.

And he threw down a challenge to the Wits University management.

â€œI donâ€™t care what they (Wits) do… If they donâ€™t want to engage with the socioeconomic country and the things that affect the black majority, and they keep on bringing (up) anti-semitic and racist things â€“ hate speech things that I donâ€™t give a damn about – then I will meet them pound-for-pound,â€ Dlamini said.

Instead, Dlamini wants to engage on his own terms.