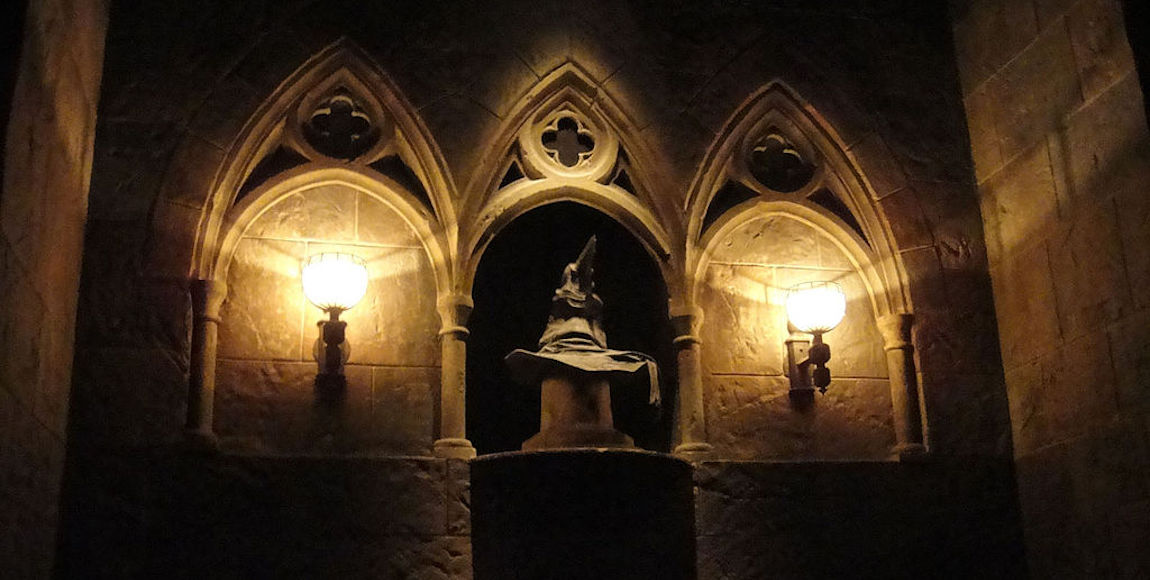 June 26 2017 marked 20 years of the release of Harry Potter and the Philosopher’s Stone and the internet was flooded with Harry Potter memes, gifs and general nostalgia. This year also marks an interesting time for South African politics, with the ANC’s December electoral conference set to change things. In honour of these two events, The Daily Vox team decided to sort our best-known South African politicians into Hogwarts houses.

Okay okay, you’re probably wondering how we came to that conclusion. But bear with us: No.1 is nothing if not tenacious and daring. He’s managed to hold onto power despite many, many attempts by the opposition – and even from people within the ANC – to get rid of him. We can certainly see a little of that fiery Gryffindor spirit in him. The man has not given up (even when he really should have) and stands up for what he believes in (no matter how misguided), which is pretty brave if you squint. Gryffindors are also pretty stubborn and don’t like backing down, which sounds familiar with anyone who’s kept up with the #ZumaMustFall conversation. With five votes of no confidence and counting, Zuma is definitely a Gryffindor.

Maimane might not seem like a Gryffindor – can you imagine him and Zuma being in one house? – but he does have some Gryffindor characteristics, so we think he would be better suited here than anywhere else. His idealism is also admirable – he seems to wholeheartedly believe the Democratic Alliance (DA) are going to take power in 2019, although that seems unlikely unless they sort out their own house. He’s also pretty stubborn and relentless, bringing up motions of no confidence against Zuma and even going to the courts despite failing most of the time. His moral centre might be a bit off when it comes to Helen Zille, but he does love to wax lyrical about doing the right thing.

Where else could Helen go but Slytherin? Ambitious to a fault, Helen Zille is relentless in her quest for power. She might have stepped down as the DA’s leader to give way for Maimane, but some (including Julius Malema) are convinced she stays pulling the strings behind the scenes. She does whatever she can to stay in power, managing to retain her position as Premier even after those colonialism comments. And she’s ruthless as a politician, choosing to continue the fight against her own party for trying to get rid of her, even when she must have known there was no other outcome.

No, we’re not saying he’s a snivelling Malfoy, or that he’s pure evil like Voldemort. Slytherin houses some of the most well-rounded people, displaying characteristics from the other houses as well. Malema is ambitious and cunning. He got kicked out of the ANC but managed to revive his political career, and now heads the third largest political party in South Africa – Lucius Malfoy wishes he could pull off that kind of power play. He is also politically astute, playing the political game like a pro, and using it to achieve his own goals. Lastly, Malema’s not short on charisma and manages to assert his influence in many spaces. Very Slytherin we think.

The People’s Bae manages to entrance crowds with his words and has surely turned many critics of the EFF into believers. We can always count on him for clever, spicy retorts in Parly. He’s also currently in pursuit of knowledge, working towards a PhD degree in Political Studies from Wits University. He is constantly engaged in political discussions about Black thought, Black Consciousness and feminism – which Ravenclaw isn’t a sucker for these intellectual conversations? We could probably see Ndlozi in Gryffindor based on his charisma but we think he’ll fit in well with Ravenclaw.

Is there any group that embodies loyalty better than the ANCWL? Their support for Zuma has never wavered, even with the various wrongdoings that have rocked No. 1, including the rape scandal. They have time and time again proved their dedication to Zuma and the ANC, even when it means going against their mandate as the Women’s League. While Hufflepuffs are generally loyal based on fairness, the ANCWL’s loyalty to Zuma (which often seems to defy logic) might come to down to some seriously misguided ideas of allegiance.

At the end of the day, as most Harry Potter fans will know, the Sorting Hat takes into account your personal preferences, so who knows where our politicians would really fit in. Bottom line, we’re not necessarily we’re on the mark with this one.