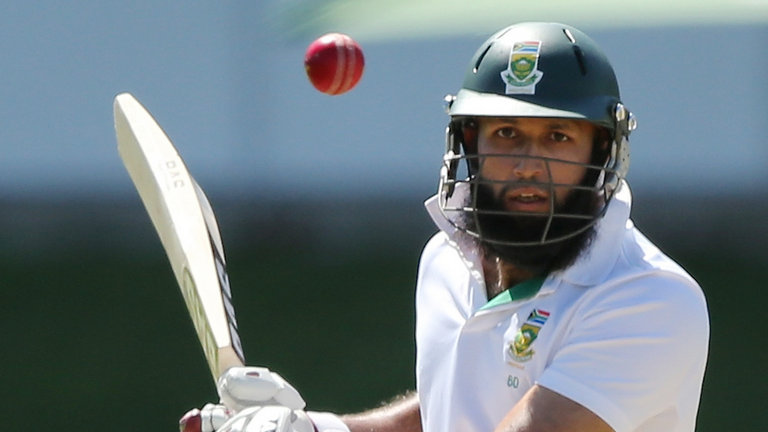 A source at SABMiller, parent company to Castle Lager, told The Daily Vox the move comes after months of pressure and negotiation with Amla following his appointment as captain of the test team.

TheÂ devout cricketer, who practises cricket religiously for his country, is said to be costing the liquor company millions of rands of lost coverage because of his decision not to wear the Castle Lager logo.

The source confirmed thatÂ Amla had also been accused of batting for long periods of time in a bid to cripple the company.

Muslims are not allowed to have any association with drugs or alcohol, illicit sex and rock ‘n roll, in what is known in the civilized world as, ‘fun’.

This year ‘Hash’, as Amla is fondly known, took his principles one step further when he rejected a deal with Adidas sportswear because of the company’s long association with child labour.

As a result the star batsman has played most of 2014 barefoot.

SABMiller is said to have been concerned Amla was not just hurting the company financially, he was also seen to have been singlehandedly shifting the cultural emphasis of test cricket, the source said.

“Some viewers now seem to think that beer is no longer part of sport. It’s just not cricket,” the source, who refused to be named, said.

There has been much speculation and pontification over the larger implication of reduced TV coverage for the liquor-brand since Amla took over the captaincy.

But theÂ Transport MinistryÂ said Amla’s refusal to endorse alcohol has had little impact on the country’s roads during the holiday season. Almost 700 people have already been killed in car accidents since the start of the festive season.

“Funeral parlours will always make a killing this time of year,” an official in the ministry said.

Industry experts say it is likely SABMiller were forced to approach Amla to find some middle ground.

“If Mohamed won’t come to the mountain, then the mountainÂ better come to him, so to speak,” he said.

Both parties also refused to reveal the precise nature of the product Amla is likely to endorse on his shirt, but industry experts suggest it is likely to be something soft.

Abu Oâ€™Well is an almost an award-winning satirist with The Daily Vox. Read more of his writing here.