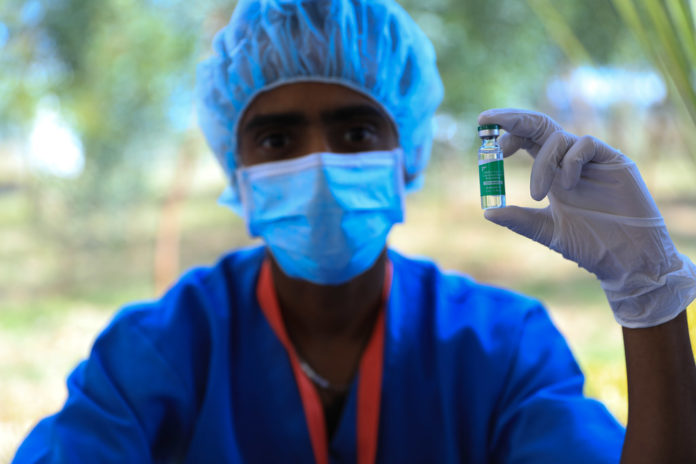 There was a sense of jubilation as people around South Africa in mid February as we watched nurse Zoliswa Gidi-Dyosi become the first person on our shores to receive a Covid-19 vaccine. It has been a terrible year and that sight gave many a little hope. A couple of months on, uncertainty reigns again. But for those healthcare workers who have been vaccinated, hope persists. We spoke to three people about their experiences.

What is the experience of taking the vaccine?

As of April 6, 278 909 healthcare workers have been vaccinated in South Africa. Jade-Lin Paul, an occupational therapist doing her community service, is among them.

Paul said she used the Electronic Vaccination Data System (EVDS) to register and the process was “relatively simple”. After registering, she received a text message with a link which redirected her to another website that contained information about the vaccine and the possible side-effects, as well as a consent form. She then received another message with a voucher number. This, along with a form of identification, was required to get the vaccination. Paul received the vaccination at the hospital where she works. “We have a nice little vaccination centre at the back of the hospital. People from the surrounding areas also come to our hospital [for the vaccination],” Paul said. Paul said she was impressed with the efficiency and quickness of the process.

Read more: In their own words: UFS nursing students taking part in the vaccination program

Paul said she felt honoured to receive the vaccine. “It was very nerve-wracking because it’s something very new and unknown. It wasn’t a compulsory thing but I really wanted to take it,” she said. Paul added that there was information provided at every step of the process which made it a lot easier. She felt the side-effects for only a day: “When they distribute it to this rest of the population, I think it’s important that they tell people you are probably going to need the next day off just to rest.”

Sashkia Balla, an MSc (Med) student got her vaccination at the Charlotte Maxeke Johannesburg Academic Hospital. She received a text message that said she was in the database, followed by another a few days later that said she would receive a date and time. A few weeks later, she received the date and time for the vaccination. Balla echoed Paul’s sentiments, saying that the process was very fast and efficient. “It was an overall pleasant experience […] it’s not as scary as it might seem,” she said. She encouraged people not to give in to conspiracy theories – and to trust in the healthcare system.

A person (who wished to remain anonymous) working in a hospital’s x-ray department in East London told The Daily Vox she submitted her details on the EVDS portal, and was given a week’s notice about the vaccination date. On the day of the vaccination, she said there was quite a bit of paperwork before the vaccine was administered. The vaccination took place in a room with a registered nurse who explained the process and asked general questions about her health. After the vaccine was administered, she was sent to a waiting room for about 15 minutes. She said she felt the side-effects for about four days after getting the vaccine.

What vaccines are currently available?

The only vaccines currently available for use in South Africa are part of the Sisonke COVID vaccine trial. This is a collaboration between the national department of health, the South African Medical Research Council (SAMRC), Desmond Tutu Health Foundation, and Johnson & Johnson (J&J). It is not a clinical trial: instead it is a way that research can help to make a vaccine available while the licensing process takes place. Basically, while the South African Health Products Regulatory Authority (SAHPRA) works on approving the full licensing of the J&J vaccine for use in the general population, the use of the J&J vaccine for the Sisonke Programme has been approved.

Read more: Here’s what you need to know about the COVID-19 vaccine

The first step to accessing a vaccine is to register on the country’s EVDS. Healthcare workers are currently the only ones who can register on the system, but once the second phase of the government’s programme opens up, the system will be open to the public.

Read more: What vaccine hoarding will mean for international travel

What vaccines are we expected to get?

South Africa was supposed to use the AstraZeneca vaccine but decided to stop the use and sell the vaccine because studies showed it offered minimal protection against the 501Y.V2 variant, which was first identified here.

Read more: Hey Cyril, the family’s got some questions for you