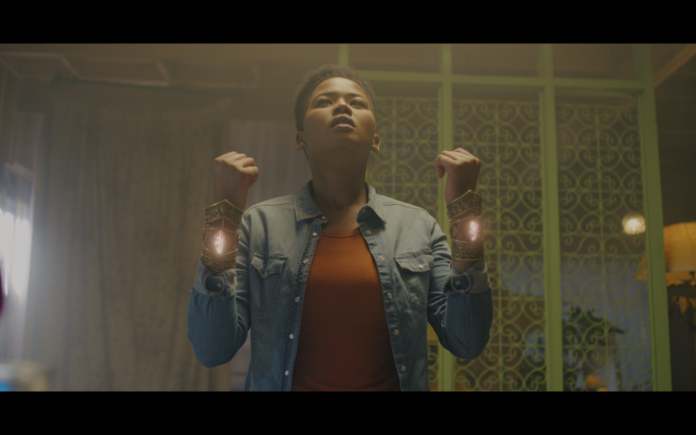 On August 2, Netflix unveiled their 2022-2023 African Originals Slate. During an event in Johannesburg, the streaming service gave a sneak peek into some of the series and movies heading to Netflix over the next six months or so. Here are some of the titles viewers can expect.

“We believe that Africa is one of the major creative centres for great storytelling that resonates around the world so it only makes sense for us to increase our investment with our slate with an even more exciting slate. We’re proud to continue creating global opportunities for the talented creatives of this great continent and sharing their authentic stories with our members in Africa and around the world.” said Dorothy Ghettuba, Netflix Director of Series in Africa.

This is Netflix’s first Afrikaans title series. It will be coming to the streaming platform on August 26. The show features South African-born Hollywood actor Arnold Vosloo in a skop-skiet-en-donder series. Vosloo stars as Daan Ludik, furniture shop owner by day with a lot more nefarious business by night. The show has a star cast with Rob van Vuuren, Diaan Lawrenson and Zane Meas.

The Brave Ones is a thrilling addition to the Netflix Africa collection. It is one of the first supernatural, fantasy series from South Africa on the platform. It will be released on September 16. The show is inspired by African folklore and is from well-known film director, writer and actor Akin Omotoso. Starring in the series is Sthandile Nkosi, Sthandiwe Kgoroge, Bonko Khoza and Tony Kgoroge.

Another exciting upcoming release is Kings of Queentown. It follows a young soccer star who wants to make it to the top. However, he must first deal with his washed-up pro-footballer father and some difficult choices. The show will be released on November 4. It stars Zolisa Xaluva and is directed by South African director Jahmil XT Quebeka. Quebeka’s other films Knuckle City, Sew the Winter to My Skin and Of Good Report will be coming to Netflix in the coming months.

How To Ruin Christmas

For the past two Decembers, South African and Netflix viewers around the world have been entertained by the hilarious cast of How To Ruin Christmas. The show will be premiering on December 16 and this time it’s all about the baby shower.

Kings of Joburg and Young, African & Famous will also be returning for their next seasons.

From around the continent

There are two fantastic films from across the continent coming to Netflix.

The first is Elesin Oba, The King’s Horseman. It is based on the play by Nobel laureate Wole Soyinka – Death and The King’s Horseman. The film explores the collision between Yoruba traditions and British colonialism through the experience of a king’s horseman on the most important day of his life. The film will be premiering at the Toronto International Film Festival on September 10. It has a star cast of Odunlade Adekola, Shaffy Bello, Deyemi Okanlawon, Omowunmi Dada, and veteran actors, Jide Kosoko and Kevin Ushi.

The second is a film called Anikulapo. It is a mythical folklore drama that follows Saro, a young man seeking greener pastures in the great Oyo Kingdom. However, Saro finds himself in all kinds of trouble with both men and myth. The film is directed by Kunle Afolayan and features Kunle Remi, Sola Sobowale, Aisha Lawal, Bimbo Ademoye, Debo Adedayo (Mr Macaroni) and Dele Odule. It launches on September 30.