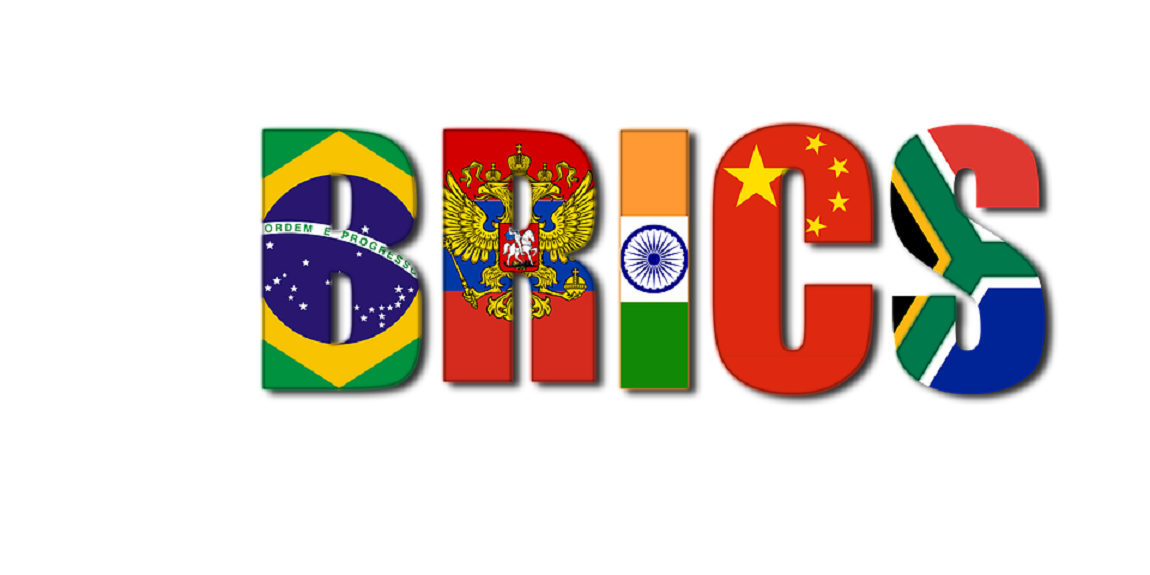 Luanda Mpungose, programme officer for the African Governance and Democracy Programme told The Daily Vox in an interview that: “Every year the chairship rotates to a different member. This year is South Africa. Last year was China and the following year will be Brazil.”

As for why the summit is held, Mpungose says the purpose of the summit is for the chair country to develop an agenda which gets buy-in from the other member countries who are going to form deliberations for when the heads of states meet. They meet formerly once a year and on the sidelines of the G20 summit.

“It is an avenue for heads of states, academia, the media and different people from the chairing country following which some resolutions will be taken on what to do,” says Mpungose.

In terms of the way it works, Mpungose says the the Brics heads of state will come together and have a series of meetings.

“They meet at the summit for deliberations. They will draft a communique which they will actually say what they are committing to. They will congratulate any achievements which they deem fit. They will condemn any things they don’t agree with but this is at an international level. That is what the Brics summit is about,”

The summits usually have specific agendas for what will be discussed. These are set up by the chairing country.

“South Africa has identified four themes for this year’s summit. This is a gender forum. They want to institute a gender forum. They want to have a health and vaccination center located in SA in which the Brics countries cooperate. They want to discuss the fourth industrial revolution and what that means. We are not sure what the tangible outcomes for that will be. Maybe it’s just the start of a discussion that needs to be continued. Maybe they will have tangible solutions. We not quite sure yet. And the fourth one is on trade,” says Mpungose.

Along with the four main themes, she says there is also the outreach that has been initiated by South Africa into other African countries so chairpersons of regional economic communities, of the AU and other institutions in Africa are invited to come and have discussions with the Brics heads of states prior to the summit.

“So we are also looking forward what comes out of those deliberations. Whether there’ll be a Brics desk at the AU, whether there will be more strategic cooperation between the Brics countries and AU institutions. Whether the AU will be the focal point for all interactions between the Brics and that’s one of the things we look forward to hear what will be the tangible outcomes for that,” she says.

Despite perceptions that heads of states come together and make these decisions regarding the future of Brics and other such issues, most of the negotiations happen at a government and ministerial level. Mpungose says the communiques are drafted throughout the different discussions with the foreign ministers, energy ministers and trade ministers meeting.

“The various ministries will meet throughout the year leading up to the summit. So in my understanding discussions take place and then there is the drafting of the communique which then the final communique gets approved at the summit. Ever since South Africa took over the presidency from the first of January 2018, there have been several discussions that have going on at a ministerial level, at an academic level and also at head of states level. So at a ministerial and heads of state level, they meet at the sidelines of things like the G20 and UNGA (United Nations General Assembly) to discuss some of their points of cooperation and then the final discussion will come through and be at the summit,”

Even though the summit is rotated with every country having a chance to host it, it is very important for South Africa to be holding it.

Mpungose says that at an economic and international relations level at the Brics summit, looking at South Africa’s foreign policy and what it aims to achieve, it aims to advance Africa’s interests and the interests of the developing South. She says it aims to improve relations with the north side.

“But particularly this is an avenue for South Africa to push it’s agenda whatever it thinks is important. It’s an avenue to push it and get buy-in from Brics countries. We are not really great in hard power, we are not a nuclear country. So in terms of our soft power and being an influence globally, I think this avenue has been very fundamental and just an instrument for South Africa to advance its foreign policy amongst many others,” she says.

The Brics summit seems like a gathering of elite politicians and organisations and academics, discussing things that are far removed from the ordinary lives of South Africans. However, Mpungose says these discussions and summits are important, even though the government doesn’t adequately show why.

The Government Communication and Information System has used the various events in the lead-up to the main summit to call on the media in the Brics countries to seek partnerships just as governments are doing.

At a press conference, in July, Economic Freedom Fighters president Julius Malema said his organisation thinks Brics is a good platform which the EFF supports: “It is very important to create alternative platforms particularly when it comes to markets…” He said it is because the world establishment are involved in protectionist measures and therefore BRICS is a platform for exploring alternative markets.