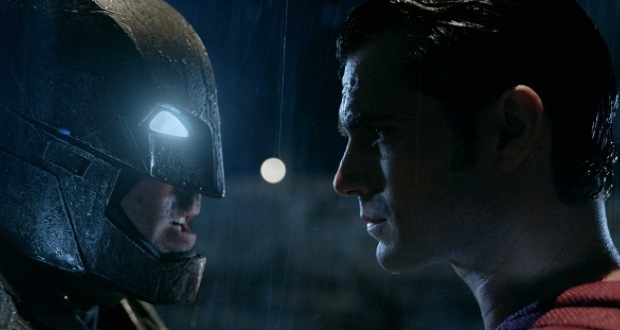 Batman V Superman: Dawn of Justice released in South Africa just before the Easter Weekend. It’s been met with many bad reviews though as a lot of fans werenâ€™t happy with the buildup and ultimate show down between the two heroes. DANA DA SILVA looks at why these reviews donâ€™t mean that the movie is entirely terrible. Beware, SPOILERS.

1. This isnâ€™t a Marvel movie and itâ€™s definitely not Deadpool
If youâ€™ve been reading the reviews of this movie then youâ€™ve probably picked up that they have been mostly negative. It even led to a Youtube video of Ben Affleck looking off sadly into the distance as he is told of the negative reviews. I think what led to the bad reviews was that people were expecting a humorous Deadpool-type-effort or Marvel movie, which itâ€™s not. Batman and Superman are characters from the DC comic universe, and not all comic book franchises are the same.

This is actually a dark story of the internal struggles of Superman and Batman. Superman is deciding whether he should help the human race and Batman is figuring out deciding whether should take down Superman because he is all powerful. If you go watch it with this in mind, then it makes for a good movie.

2. Ben Affleck is Batman
At first I was a sceptical about the casting of Ben Affleck as Batman, considering his previous stint as a superhero in the not-so-successful Daredevil movie. But after watching it I came to the conclusion that Ben Affleck is Batman, like Christian Bale is Batman. Even though he may seem a bit more violent in this film, this isnâ€™t a bad thing. Batman is a complex character that still struggles with the pain of having lost his parents as a child and blames Superman for the casualties from his fight with General Zod (in Man of Steel). So you can understand why he has all this pent-up rage. Batmanâ€™s intellect is also still there as he, for example, builds special weapons to take advantage of Supermanâ€™s weakness. He also has the brooding down, which is integral to the character, of course.

3. It has a good storyline
Sure, this isnâ€™t the greatest story line ever, but it is better than I expected it to be. Sure, the dream scenes often make it hard to make sense of what is real and what isnâ€™t and Lois Lane gets saved again and again. But the storyline does have some good points. This isnâ€™t just a story of two heroes battling it out like the trailer suggests. It is a movie where, amidst all the extended fight scenes, Lex Luthor sneaks in and uses his manic mind tricks to pit the two heroes against each other. Besides, in a world where we’re used to superheroes being on the same side, it’s fun to watch them take each other on.

4. Jesse Eisenberg was a bit maniacal, but thatâ€™s not bad
When you think of Jesse Eisenberg, the movies that come to mind are generally comedies such as American Ultra, Now You See Me and Zombieland. So when you first see him as Supermanâ€™s nemesis Lex Luthor, you may think that he wasnâ€™t the right fit. Especially since he has a full head of hair, babbles his lines and often does out of context laughs.

He was also a little bit manic, which can be seen as being unusual for the character and a bit too much like the Joker. But this is what makes him different from other Lex Luthors. Sure, thereâ€™s a risk inherent in doing a comic book character differently. But the essence of Lex is still there as he comes up with brilliant schemes and pits people against each other. And he eventually resembles the Lex Luthor weâ€™re used to seeing.

5. Wonder Woman is the best
They revealed Wonder Woman in the trailer so I spent much of the final fight scene wondering (pun intended) where she was. When she finally appears, it is everything that you expected and more. Gal Gadot looks as if she stepped out of a Wonder Woman comic, lasso of truth and all. She brings life to the warrior woman as she shows up and kicks ass. I really wish she had more screen time in the fight sequences though. This may be because she was there to set up future movies, with Wonder Woman set to release in 2017.

6. Batman can hold his own against Superman
It was great to see, with the help of kryptonite grenades and an Iron Man-esque suit, that Batman can still hold his own against the super alien. Earlier in the movie, Superman does awful things to the Batmobile, so after that, watching Batman give a beating to the man of steel was pretty satisfying.

7. The visuals are fantastic
Director Zack Snyder is known for his visually compelling work in movies such as 300, Watchmen and Sucker Punch. Batman V Superman is no exception. The movie has a cinematic grandness to it and the motion-heavy sequences are filled with rich light and colour. This is one that you’d want to watch at IMAX, especially for the dream sequences that make no sense but look great on a big screen.

8. Hans Zimmer is back
Hans Zimmer is the one we have to thank for providing the musical intensity to movies such as Interstellar, Gladiator, Inception and many others. Heâ€™s back, having previously composed the soundtrack for Man of Steel and The Dark Knight Rises, to give us the proper build-up of dramatic intensity needed for a showdown of this magnitude. It matches the destructiveness that comes with these two muscle bound heroes fighting it out perfectly.

9. Because itâ€™s Batman vs Superman!
Despite horrifying reviews, people still went out and watched the movie, making it the 6th highest opening movie of all time and the 4th best for a comic-book adaptation following three Marvel movies. In the end, this was the first time these two iconic heroes made it on the big screen together. And who wouldnâ€™t want to see them battling out in an epic fight? I definitely did.