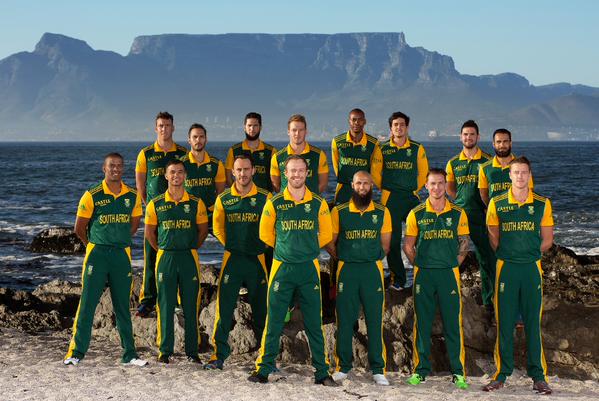 At 2-0 down after the first two games, the Proteas were staring down the barrel. But the team never gave up. Here’s why our boys came back. And how.

South Africa’s selection
The decision to bring in David Wiese and Chris Morris was important. It was also brave. JP Duminy is an important feature of the ODI and T20 setup but he remains too inconsistent when it counts. It’s been while since the Proteas looked so balanced as a unit. Two strong front-line seamers in the form of Kyle Abbott and Kagiso Rabada, a front-line spinner in Imran Tahir and Â two all-rounders in Wiese and Morris bulking up the lower-middle order. And that’s without even talking about Hashim Amla and AB de Villers at the top. It’s looking solid, chaps.

Kagiso Rabada
Reece Topley may have captured 10 scalps as the leading wicket taker in the series, but Rabada was not far behind. HeÂ ended with nine wickets at an average of 19,83 and a strike rate of 25. He was also the only bowler in the series to have gone for less than five to the over. Rabada helped build up the pressure, and took crucial wickets.

Quinton de Kock
This man was a revelation. Forget the baby-face and the frivolous moods, Quinton de Kock led the from the front. With 326 runs, he set the pace at the top of the order, along with Hashim Amla (196 runs) and Faf du Plessis (168 runs). QDK allowed Amla to play his natural game (well, when he didn’t play it on!) and provided a platform for the rusty middle order to get back into shape. QDK continues to well behind the wicket. He’s still green but so is his blood. He has a bright future.

Quinton de Kock is both the fastest and the youngest to 10 ODI hundreds pic.twitter.com/dfp0uW9MET

EnglandÂ didn’t play as a team
England dropped catches all through the test series and then in crucial moments during the ODI series, including the Wanderers game (ie the Chris Morris show). Joe Root and Alex Hales ended up with the most runs in the series, even more than QDK, but to win ODIs consistently you need more than just a few standout performances especially against South Africa – where so many players turned up in small doses and played a part.Â If this is the new-look brave world of English cricket, we aren’t that impressed.