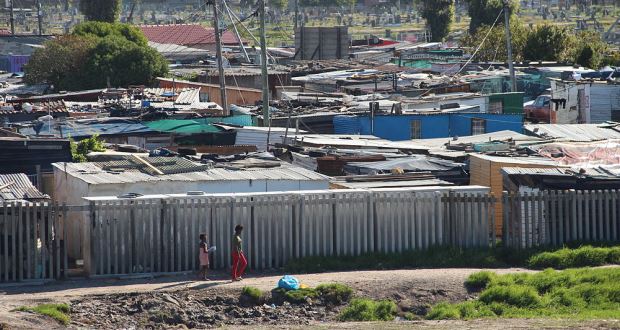 If I were to kill myself to obliterate everything that Herman Mashaba stands for, I would have to request for more bodies to partake in this ritual, writes THABISO BHENGU.

There are a many more Herman Mashabas than we would care to admit to ourselves. And ironically, there are lots of people who actually hate the man. The recent anti-poor statement uttered by the Democratic Alliance’s Johannesburg mayoral candidate in a recent SABC interview should not shock us at all.

“It is interesting that you can expect poor people to be the leaders. That is looking for trouble, in any given situation,” he said.

Our public discourse about the state of the economy always imitates the undertones of this insulting declaration. One need not look far than our “Nkandlagate” to find sentiments of the middle class claiming that they are the ones who solely sponsored Jacob Zuma’s homestead. In this contestation there is a complete denial of the fact that poor people pay tax. There is a continual denial that poor people are an active part of the economy. And these claims have been debunked previously. Still, poor people are dismissed as unimaginative and lazy. They are said to be waiting for grants and the middle class along with their bosses fund this laziness.

Mashaba, like many others who hate the poor, believes poor people do not know how to handle their own finances and do not save. This is very untrue. For those of us who grew up in poor families, we are aware of stokvels, where communities gather together to save money and make yearly or long term investments. The money is usually saved for burial societies, groceries and different celebrations. A report published by African Response reveals that the stokvel industry is worth R25 billion and is populated by 8,6 million members that represent 24% of the population. A huge part of this population is dominated by the very same poor people who allegedly cannot save. Mashaba even arrogantly calls them potential sellouts.

When former president of the United States Harry S. Truman said “readers are leaders”, he did not know that this would be the very same statement that would be articulated by the alleged readers to claim that poor people do not read. This is also factually incorrect and fails to address issues in the literary community like affordability and availability.

Despite the growing trend of book shops in the country failing to stay in business, newspapers like the isiZulu daily Isolezwe are reporting numbers of growing readership and buyers. Isolezwe is on average being read by 912 000 readers a day, according to Media Online. There are also community newspapers like Edendale Eyethu and Echo in Kwazulu Natal where poor people get to create content and keep track of global issues.

I can go on to deconstruct the anti-poor nature of our public discourse. However, my preoccupation at this stage is to further problematise who qualifies as poor. In 2013 the Business Day published a survey by a global payments technology company Visa that revealed that the majority of middle-class South Africans spend on average R7,283 a month to pay off debt. The number might have since increased as we approach tougher economic times. This is consistent with the statement by Debt Rescue CEO Neil Roets where he argued that many middle-class families are always on the verge of sliding into poverty.

The fear that missing one salary can send you to mashonisa (loan sharks) is poverty. The constant need to borrow money to pay for school fees and clothes in poverty. We do not do ourselves a service by shaming people who are poorer than us. This hinders us from seeing our own poverty and being able to agitate for structural changes like ownership of land. A poverty shamer like Mashaba cannot lead us as he denies poor people what they have always been able to do to lead their lives and the rest of the country.

Thabiso Bhengu is studying Economics and is an independent researcher at Wits with Drama For Life working in Zimbabwe, Mozambique, Botswana, Namibia and South Africa. Follow him on Twitter.