Home As Told to “Higher education is not a privilege, it’s a constitutional right”
WhatsApp
Facebook
Twitter
Email
Print 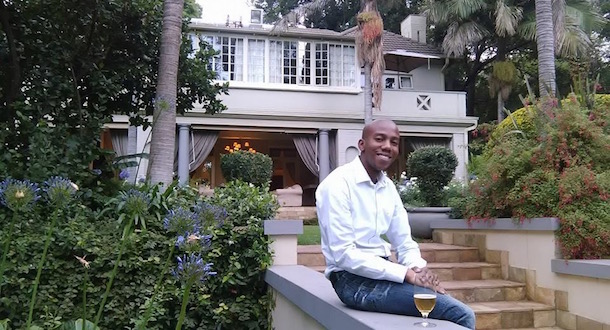 OFENTSE MAKGAE, 23, was recently awarded the prestigious Rhodes Scholarship to do his PhD at Oxford University in the UK in 2016. He told Aaisha Dadi Patel about his journey from Moruleng to Oxford.

I am the son of a cleaner and an unemployed former miner. They had to work during my childhood, so I was raised by my grandmother. I went to a public school called Manamakgotha High School in a village near Moruleng in Rustenburg, North West province. I got distinctions for English and maths when I matriculated, and thereafter I enrolled at TUT to study chemistry.

Chemistry was always my passion and I always enjoyed it, and so I had a wonderful time at TUT. Finances were a challenge, especially during my first year away from home. If it wasn’t for my best friend Tshepo Setshogoe, who made sure I had food and a roof over my head in my first year when I was uncertain about how I was going to pay for my education, I really don’t know whether I would be here today, or working without a qualification at home in the North West.

Since I first heard about it during my undergrad, I’ve always hoped I would win a Rhodes Scholarship. When I watched the videos of past and current scholars I knew I wanted to be there at Oxford too, and have the same opportunities to make a difference like them. I made sure I got as involved as I could. I was on the SRC at TUT, on the Arcadia campus, and I got involved withÂ different projects while workingÂ at the Council for Scientific and Industrial Research (CSIR) in 2012/2013. I first applied for the scholarship in 2013, to do my Masters at Oxford in 2014, but I was unsuccessful.

I don’t know why I decided to put myself through the torture of applying again this year – it’s a gruelling process – but I decided to just go for it. I found out on Sunday 29 November that I was theÂ recipient of a Rhodes Scholarship 2016 to read for a DPhil in Materials at Oxford University.

Oxford has excellentÂ research capabilities, and I already have a good supervisor there. My DPhil project will be based on the applications of aberration-corrected transmission electron microscopy on materials with potential use in energy storage. Put another way, I’ll study the potential uses in energy storage of certain materials.

The research will take about three or fourÂ years to complete, and I think I want to do a post-doc after my PhD. Ultimately, I would like to come back to SA and most likely go into academia or policymaking.

My family and friends have been my greatest support throughout my life and I am immensely indebted to them. My parents are still around – my mom stays in Pretoria, and my dad and my grandmother are still in the North West. I have two older sisters. One is doing her honours in psychology and one is doing her masters in marketing.

My granny is very happy for me, but I don’t think she understands the impact and the magnitude of this opportunity. Someone who has been very supportive has been my aunt – she’s always been there since I decided that this was what I wanted, and she was the one who paid my application fee to Oxford, which is in pounds.

I have to say that I could never have gotten to where I am without the help of scholarships; I worked hard for them, because otherwise I would never had had access to any of the opportunities I have had, due to my circumstances. For this reason, the recent #FeesMustFall protests really struck a chord with me. I think it’s about time that a long-term solution is sought for free education in the country. No student should ever be denied education due to their financial situation. Financial exclusion policies should be abolished. Higher education is not a privilege, it’s a constitutional right and the only path to break the poverty cycle for black poor families.