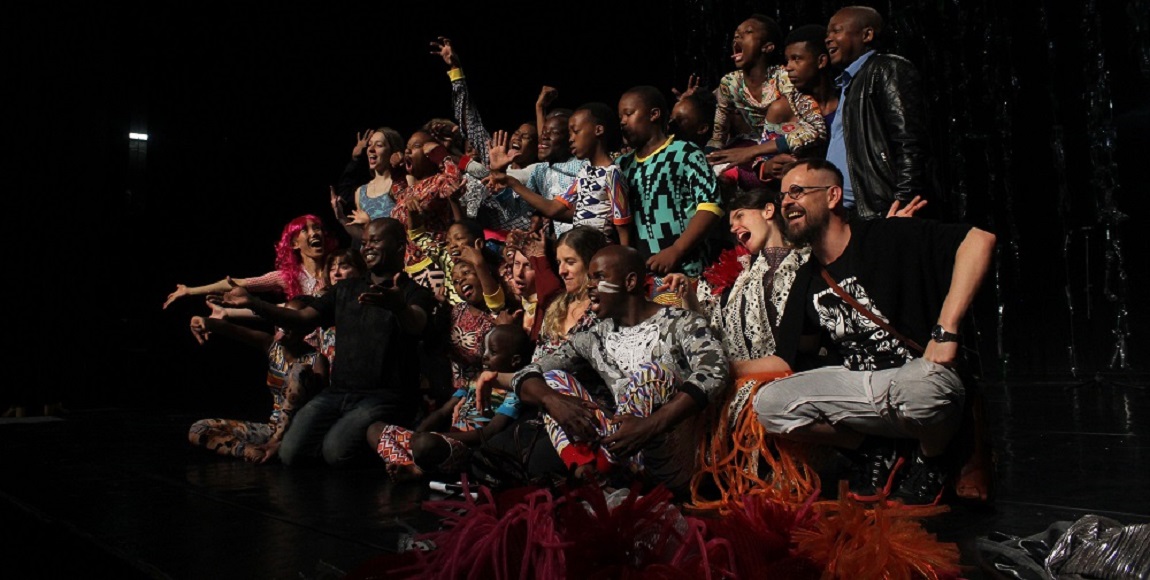 Driving through the streets of Hillbrow means navigating narrow streets made that way by the Rea Vaya, traffic that moves in a hectic manner, and an area that is defined by rules which can truly only be found on those streets. In the heart of this chaos, the Hillbrow Theatre can be found. This almost 40-year-old theatre forms part of the bigger Outreach Foundation which operates in Hillbrow. It is this foundation which provides a space for children from the community to learn art, music and dance in a relatively safe environment.

The Dance Umbrella Festival was started in 1989 as way to provide a free and open platform to any form of dance. The aim of the festival is to celebrate the diversity of dance in South Africa. And it is for the 30th anniversary of the festival that the Hillbrow Theatre Project will be putting on a dance work titled Hillbrowfication. This project aims to explore a Hillbrow of the future, where the young cast have been challenged to reimagine their neighbourhood and to develop the show based on their perceptions and experiences of xenophobia and violence in the city.

It leads on from a previous production that the theatre did called Izaro which looked at the Rwandan genocide.

Gerard Bester is the manager of the theatre and has been involved with the project for the past ten years. Speaking about the themes of the project, he said: â€œWhat was exciting for us was that the conversations that were happening in the theatre were being taken into the classroom, were being taken back home and was confronting teachers and parents about their prejudice and about their misconception about why people come to South Africa so that was very exciting to hear.â€ The dance work is being directed by Constanza Macras, director of Dorkypark, a Berlin-based dance company. It is being produced along with the Maxim Gorki Theatre Berlin and with the support of the Goethe-Institut. The project will be on from 9 and 10 March in Hillbrow. The production will then be moving to Berlin for shows on 1 and 2 April at the Maxim Gorky Theatre.

Bester told The Daily Vox that the theatre got involved with the project because of the importance of collaboration saying, â€œItâ€™s an extraordinary collaboration. And the cast have taken to it. Itâ€™s got that magical combination for me of professional dancers, weâ€™ve got three of our graduates and then from five years all the way to nineteen years is our participants. I think that coming together of professionals and children provides a space where growth is extraordinary,â€

The 2018 theme of the theatre is African Futures and this project as well as the high school festival which happens later in the year will be engaging with this topic. Bester said the project wants to unpack what that is and what it means. About the importance of the theatre as a whole, Bester says the theatre provides a safe space where children can come together with a new group of people to play and investigate the world: â€œA lot of the participants speak about the Hillbrow Theatre as another home […] So a lot of the children spend over ten hours a week with us and it becomes a safe communal space which there arenâ€™t many in Hillbrow.â€

He said itâ€™s also a space for those who might be othered because of their sexuality or because theyâ€™re a foreign national as itâ€™s a space of acceptance.

The children involved in the project were hard at work running through the final practise before the premiere of the show on the 9th when The Daily Vox team visited the theatre. In the audience, watching the practise was the father of one of the participants, Timothy Nyoui.

His son has been a part of the project for two years and says he has noticed a change in his child as a result of the theatre: â€œHe is always keen to go to the theatre and now my child is not playing around in the streets so I am well impressed about that.â€

He says he is very excited to see his child perform because he didnâ€™t think this would be something serious and that he could be watching him one day.

Nyoui says the theatre is very important: â€œI wish it can help more children the way they helped with my child. It shows the child will be having a bright future once they join.â€

More information on how to get tickets and when the show will be on can be found here.