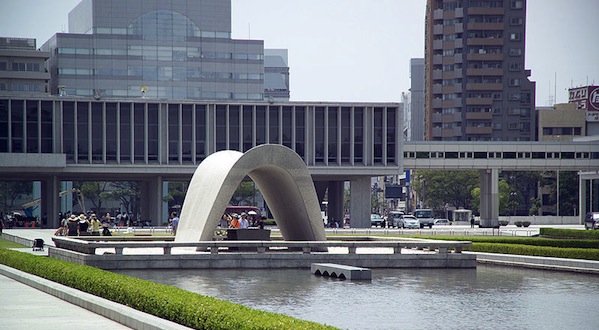 On 6 August 1945, the United States Army Air Forces dropped an atomic bomb, dubbed Little Boy, on the city of Hiroshima in Japan. Singled out as one of the acts that heralded the end of World War 2, the carnage Hiroshima caused still lingers today.

Some say the American military was feverish with the possibility of becoming the world’s only superpower with nuclear weapons and wanted to prove what it was capable of to the USSR. Others suggest that because Japanese soldiers, bound by Samurai warrior codes, would not yield in battle, the Americans had to do something to target their resources.

Hiroshima had a high concentration of troops, military facilities and military factories that had not yet been subject to significant damage during the war. When Little Boy detonated, it killed between 60,000 and 80,000 people instantly.Â Those who survived the blast suffered severe injuries and many died of their wounds or of radiation sickness in the months that followed.

A nurse at a hospital later said, “Those who did make it to help had burns so severe that, not only were the person’s clothes completely burned away, the extent of their injuries made it impossible to establish their gender.”

US President at the time, Harry S Truman, justified the attack saying, â€œWe have used it in order to shorten the agony of war, in order to save the lives of thousands and thousands of young Americans.â€

An estimatedÂ 6,500 children were orphaned in theÂ bombing. These children faced a terrifying plight, in a city left in ruins. Elderly people robbed of spouses and children were also left to fend for themselves.Â Many were forced to live a life of crime in order to survive or lost the battle to sickness or suicide.

Lingering radiation and radioactive dust blown high into the atmosphere rained down for decades, killing thousands more people. In the late 40s, doctors began to notice an increase in cancer cases in the area.

Today, Hiroshima is a bustling city but the legacy of the bombing lives on in the more than 85 000 inhabitants who survived the horror it wrought.