Home Government If HIV denialists have not been pardoned, why should the DA excuse...
WhatsApp
Facebook
Twitter
Email
Print 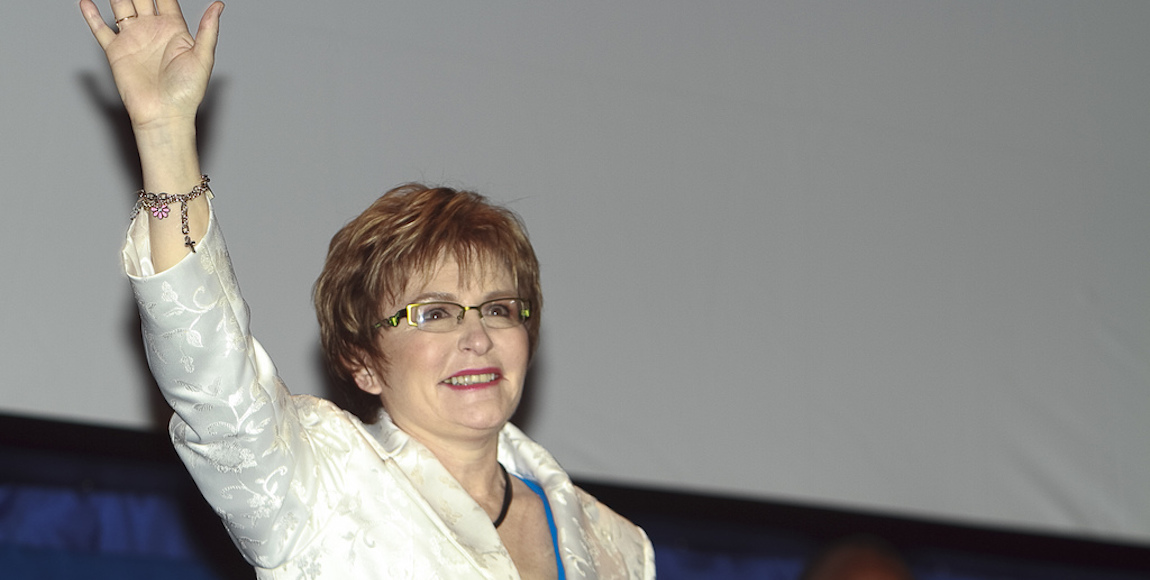 Aids has taught South Africans why denialism can’t be tolerated â€“ whether it comes from Thabo Mbeki or Helen Zille.

In the same week that former newspaper columnist and ambassador to Uganda Jon Qwelane’s hate speech case was heard in the high court, Western Cape Premier Helen Zille took to Twitter to share her repugnant views about colonialism.

Zille, notorious for making bigoted statements, romanticised colonialism in her tweets to her followers, who number more than a million.

Now Zille has â€œunreservedlyâ€ apologised â€“ after months of refusing to do so. In my opinion, this is a political move and not genuine remorse.

This, as usual, was followed by a Twitter storm and a plethora of opinion pieces debunking Zille’s untruthful and racist utterances.

Various people, including top Democratic Alliance officials, publicly declared that colonialism can never be justified. But Zille repeatedly defended and justified her tweets.

I assumed that South Africans knew and understood why her utterances cannot be entertained â€“ because they are untrue and deeply seated in racism. But, as I have been told, Zille is entitled to her opinion and it is part of our jobs as journalists to uphold freedom of speech â€“ even when we disagree with what is said. This is true but isn’t it also our responsibility to minimise harm and not spread misinformation?

At the height of the HIV epidemic, South Africa faced Aids denialism. Thabo Mbeki, president at the time, and Manto Tshabalala-Msimang, then the health minister, declared that they considered life-saving antiretroviral drugs toxic and unscientific. HIV was covered as a political rather than a health issue.

In April 2006, The Citizen ran an opinion piece by David Rasnick and Sam Mhlongo, two doctors known for their Aids denialism, which claimed that HIV could not be transmitted by heterosexual people. The editor responded to criticism by claiming “free debate” and labelled those questioning the writers’ opinion as “fanatical”, according to a 2007 study published in African Studies Quarterly.

Around the same time Tine van der Maas, who was behind Tshabalala-Msimang’s beetroot remedy for HIV, was asked to explain her quack treatments on Radio 702. When this case appeared in front of the Broadcasting Complaints Commission, again, the media house defended itself by calling it free speech.

South Africa has since moved on but it would be dishonest to say the media did not spread misinformation and increase the HIV stigma.

In 1998, a paper published in medical journal The Lancet claimed there was a link between MMR (measles, mumps and rubella) vaccines and bowel and behavioural problems, mostly autism spectrum disorder. British journalists picked up the story, which started the era of anti-vaccination. In England, MMR vaccinations dropped from 92% in 1996 to 73% in 2009. A 2007 study published in BioMed Central found that media reports on the study “created the misleading impression that the evidence for the link with autism was as substantial as the evidence against”.

Zille’s comments on colonialism, and others such as her disputing that HIV is fuelled by inequality, are dangerous. Sadly, many people share her sentiments and will live them out in the most insidious and subtle ways. The messages create stereotypes and uphold casual and systemic racism by creating the assumption that black people should be grateful for the murders and exploitation their ancestors suffered.

Ironically, Zille was quick to shut down Twitter respondents who tried to debate that Hitler also “contributed good things”.

Criticising those who support Zille’s explanations is not anti-free speech; it is being aware and carrying out the role of media in society. We should use the mistakes of the time of Aids denialism, anti-vaxxers and Qwelane to think more critically about our role as free media. Qwelane has a right to his opinion â€“ as disgusting as it is â€“ but it is our duty to consider the possible harm caused when we give a platform, and consequently credibility, to such views.

Free speech is important and it should not be compromised, but it should be critiqued and questioned. Our role as journalists is not that of free speech alone; we are also responsible for disseminating the truth that does not discriminate or cause harm.

Sadly, we don’t afford the same privileges to Zille because black pain is dismissed and seen as something that is worth debating over all in the name of free speech.

And, many of us wonder: Is Zille really sorry?

Reporting by Pontsho Pilane. This post was originally published on Bhekisisa.